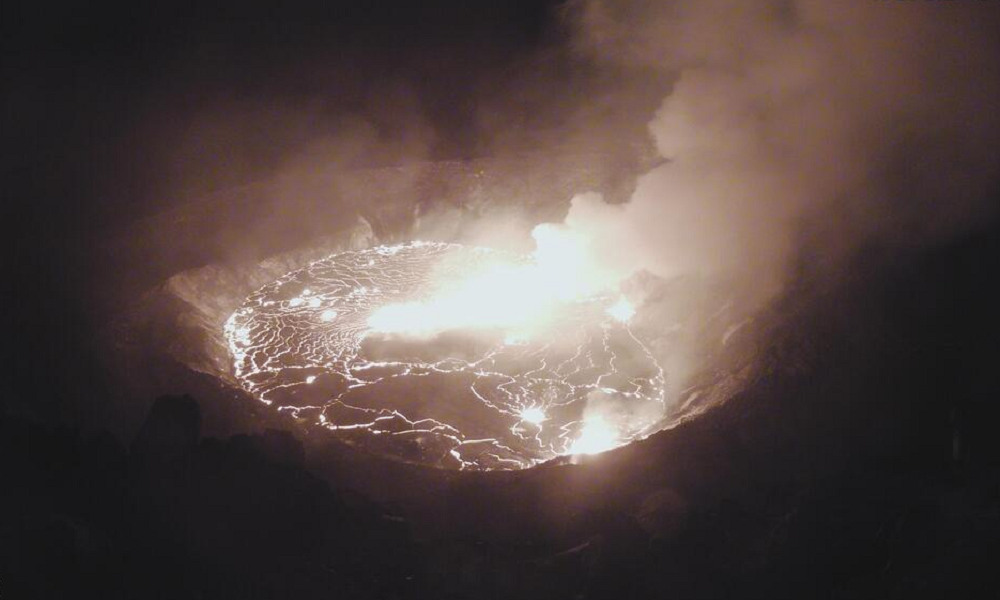 The Kilauea volcano on Hawaii’s Big Island has erupted after hours of increased activity, according to officials at the U.S. Geological Survey (USGS). The alert level has been raised to the highest level but there is no immediate threat to populated areas.

The eruption began at about 3:20 p.m. on Wednesday when the Hawaiian Volcano Observatory (HVO) detected a glow while looking at webcam images from the volcano’s summit. Lava became visible a short time later and the eruption appeared to intensify around 7 p.m.

The eruption is taking place within the Halemaʻumaʻu crater in Kīlauea’s summit caldera, which is part of Hawai‘i Volcanoes National Park, according to an advisory from the USGS, which raised the volcano’s alert level to the highest level.

“Webcam imagery shows fissures at the base of Halemaʻumaʻu crater generating lava flows on the surface of the lava lake that was active until May 2021,” the advisory said. It added that the initial activity was confined to the Halemaʻumaʻu crater.

At about 4:43 p.m., another fissure opened up on the west wall of Halemaʻumaʻu crater and tephra was falling downwind of the erupting vents. Large amounts of volcanic gas – primarily water vapor (H2O), carbon dioxide (CO2), and sulfur dioxide (SO2) – was also visible.

“The US Geological Survey Hawaiian Volcano Observatory (HVO) is elevating Kīlauea’s volcano alert level from WATCH to WARNING and its aviation color code from ORANGE to RED as this new eruption and associated hazards are evaluated,” the advisory said.

The Hawaii Red Cross said it is monitoring the eruption. “At this time there is no threat to populated areas of Hawai’i island. We will be monitoring the event as it progresses,” the organization said in a statement.

The USGS said increased earthquake activity and changes in the patterns of ground deformation began at around noon on Wednesday, and the volcano’s alert level was raised from advisory to watch at 3:09 p.m., just minutes before the eruption began.

Hundreds of homes were destroyed and 24 people were injured when the Kilauea volcano erupted in May 2018. A smaller eruption began in December 2020 and continued until May of this year. Minor activity was reported in late August but ceased a few days later.