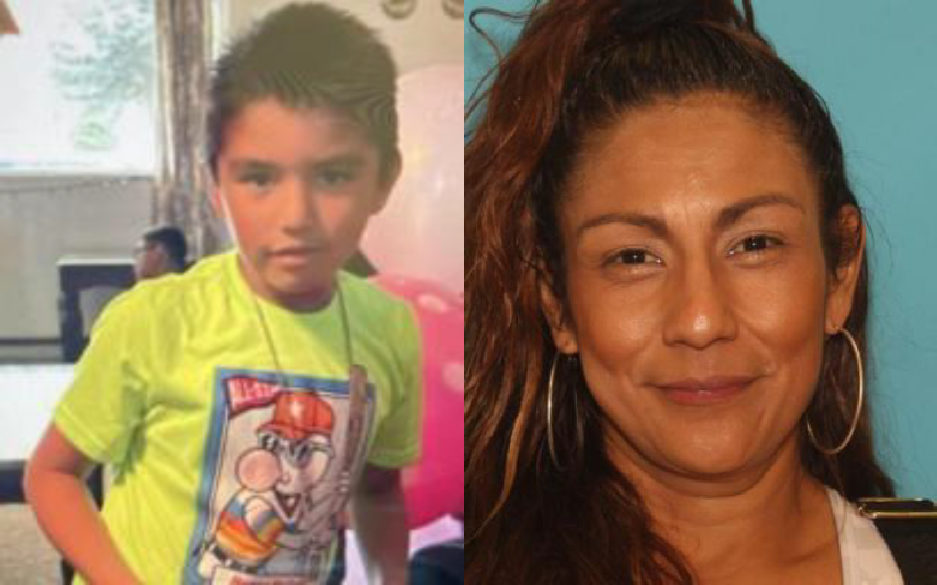 An Idaho Amber Alert has been issued for 6-year-old Kingston James Solis after he was allegedly abducted from Jerome by an older woman, local officials say. Anyone with information is urged to call 911 immediately.

The incident happened on Monday when Kingston was allegedly taken from the 300 block of East Avenue 1 in Jerome, according to the amber alert. Specific details about the circumstances of the abduction were not immediately released.

The suspect has been identified as 40-year-old Lucy Mendoza. She’s described as a white female with black hair and brown eyes, standing 5 feet tall and weighing 130 pounds.

The suspect and the child are believed to be traveling in a white 2018 Kia Stinger with Idaho specialty plate number ROXIEE. The vehicle is likely hanging out at locations with free wifi as Mendoza uses apps on her phone to make calls.

“[Mendoza] has no current address and is living out of her car,” police said in the amber alert, which provided no details about the nature of her relationship with Kingston.

Kingston is described as a 6-year-old white male with black hair and brown eyes, standing 4 feet tall and weighing 80 pounds. He was last seen wearing a gray hoodie, blue jeans, gray shoes, and a black/red Avengers backpack. He is also missing his two top front peek.

Anyone who sees Kingston, Mendoza, or the suspect vehicle is urged to call 911 immediately, or call the Jerome Police Department at (208) 324-4328 if you have any other information that could help investigators.