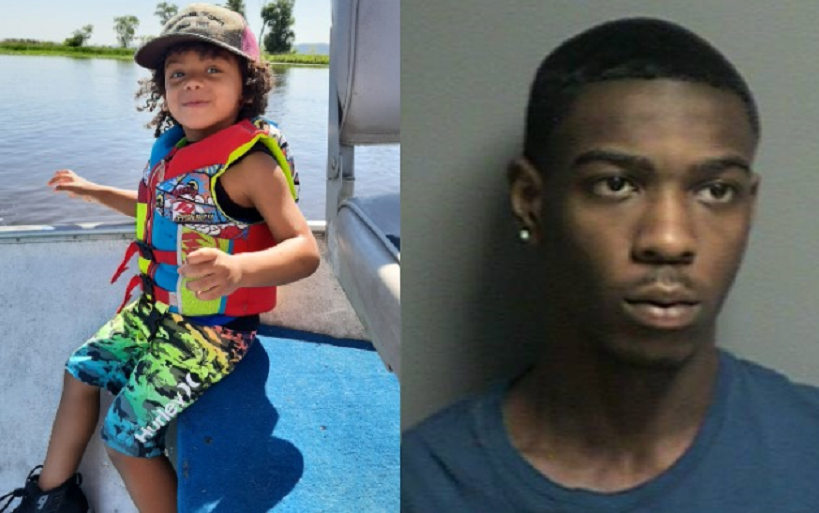 UPDATE: Clark was located in the 5400 block of North 31st Street at about 4 p.m. on Sunday. Two gunshots were fired within the house after about 15 minutes and Clark was later found deceased from an apparent self-inflicted gunshot wound. Major and the suspect vehicle are still missing.

A Wisconsin Amber Alert has been issued for 3-year-old Major Harris, who is missing after one of his parents was the victim of a homicide in Milwaukee, local officials say. Anyone with information is urged to call 911 immediately.

Major was last seen at about 6:30 a.m. on Thursday in the 2600 block of N. 37th Street in Milwaukee, according to the amber alert, which said he’s the child of a homicide victim.

Major is believed to have been taken by Jaheem Clark, who is a person of interest in the homicide. He’s described as a 20-year-old black male with black hair and brown eyes, standing 5 feet 10 inches tall and weighing 160 pounds.

Clark may be driving a black 2008 Chevrolet Equinox with Wisconsin license plate number ABE2804. The nature of his relationship to the child was not immediately disclosed.

Major is described as a 3-year-old black male with black hair and brown eyes, standing 3 feet tall and weighing 40 pounds. He has a small abrasion on his right cheek. He was last seen wearing a dark blue t-shirt with a small pocket on the left side and Navy blue Nike basketball shorts.

Anyone who sees Major, Clark, or the suspect vehicle is urged to call 911 immediately, or call the Milwaukee Police Department at 414-935-7405 if you have any other information that could help investigators.