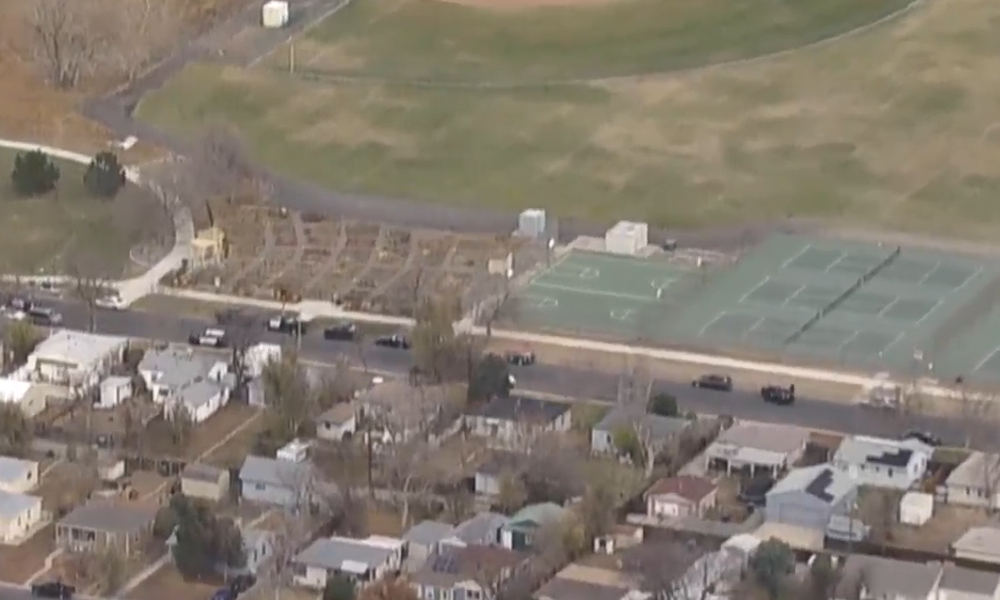 Six students have been injured in a shooting near Central High School in Aurora, Colorado, local officials and witnesses say. The suspects fled the scene and no arrests were immediately made.

The incident happened just before 1 p.m. on Monday when officers were called to a shooting with multiple victims at Nome Park, which is just across the street from Aurora Central High School.

A spokesperson for the Aurora Police Department said five children, ages 14 to 17, were taken to hospital, where one child was undergoing emergency surgery. A sixth victim, an 18-year-old, self-transported to a local hospital with minor injuries.

No shots were fired on the school’s property but the shooting occurred during lunch, when many children were outside, and all of the victims were students at the school. The school has been secured, according to police.

Police Chief Vanessa Wilson said investigators are looking for “multiple” suspects who fled the scene. A motive for the shooting was not immediately known but Wilson said the gang unit is helping with the investigation.