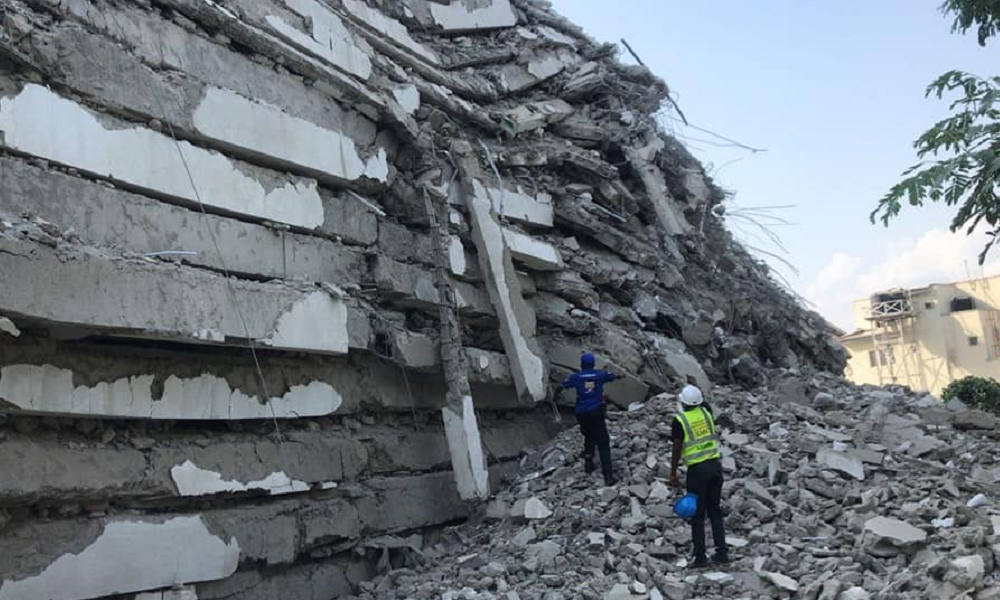 A 21-story building has collapsed at a construction site for luxury apartments in the Nigerian city of Lagos, killing at least four people and leaving dozens more unaccounted-for, witnesses say. Rescue work is underway.

The incident happened just after 2 p.m. on Monday when the high-rise building on Gerard Road, in the city’s affluent Ikoyi neighborhood, completely collapsed onto itself.

The Lagos State Emergency Management Agency (LASEMA) said search-and-rescue operations were underway, but there was no official word on how many people were unaccounted-for.

Lagos State Police Commissioner Hakeem Odumosu told local media that four bodies had been pulled from the rubble, while three others were rescued and taken to area hospitals.

Witnesses told the Reuters news agency that up to 100 people were at work when the building came crashing down, suggesting that the death toll could rise further.

“All first responders are at the scene while the heavy duty equipment and life detection equipment have been dispatched,” Dr Olufemi Damilola Oke-Osanyintolu, the head of LASEMA, said in a statement.

The high-rise building in the Ikoyi neighborhood had been under construction for about two years and was close to completion. The developer was meeting with prospective buyers on Monday, according to CNN.