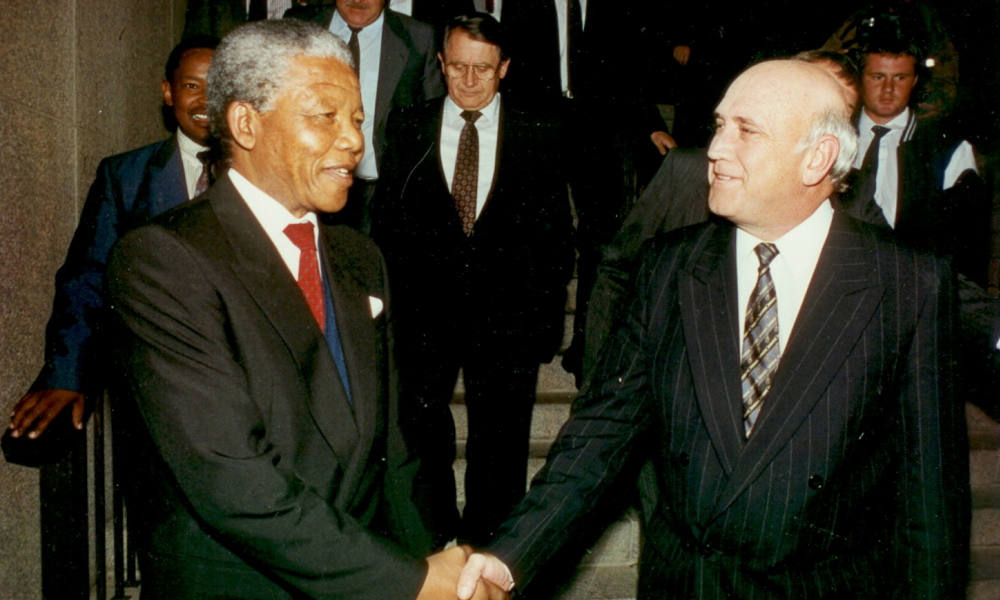 Frederik Willem de Klerk, who served as South Africa’s last apartheid-era leader and was awarded the Nobel Peace Prize alongside Nelson Mandela, has died at his home in Cape Town, his spokesman says. He was 85 years old.

“It is with the deepest sadness that the FW de Klerk Foundation must announce that former President FW de Klerk died peacefully at his home in Fresnaye earlier this morning following his struggle against mesothelioma cancer,” the foundation said in a statement.

De Klerk was diagnosed with mesothelioma, a cancer that affects the lining of the lungs, in March and received immunotherapy. He is survived by his wife Elita, his children Susan and Jan, and his grandchildren.

De Klerk served as president in a white minority government from August 1989 until May 1994. He announced sweeping reforms just months later, which included the unbanning of the African National Congress (ANC) and the release of political prisoners, which included Nelson Mandela, who became president just four years later.

Mandela and Frederik Willem de Klerk were jointly awarded the 1993 Nobel Peace Prize for their work to bring the apartheid regime in South Africa to an end, and for laying the foundation of a new democratic South Africa. Mandela died in December 2013.

The Nelson Mandela Foundation said it was saddened by De Klerk’s death, and sent its condolences to Elita and their family. “De Klerk’s legacy is a big one. It is also an uneven one, something South Africans are called to reckon with in this moment,” the foundation said.

Speaking at De Klerk’s 70th birthday celebration, Mandela said: “You and I have had our differences, some of them very public. Our basic respect for one another has, however, never diminished. And it was that respect for the other irrespective of all differences that made it possible for us, and our organisations, to work together and to negotiate that historic compromise that the world marvelled at.”

Mandela added: “If we two old, or ageing, men have any lessons for our country and for the world, it is that solutions to conflicts can only be found if adversaries are fundamentally prepared to accept the integrity of one other.”