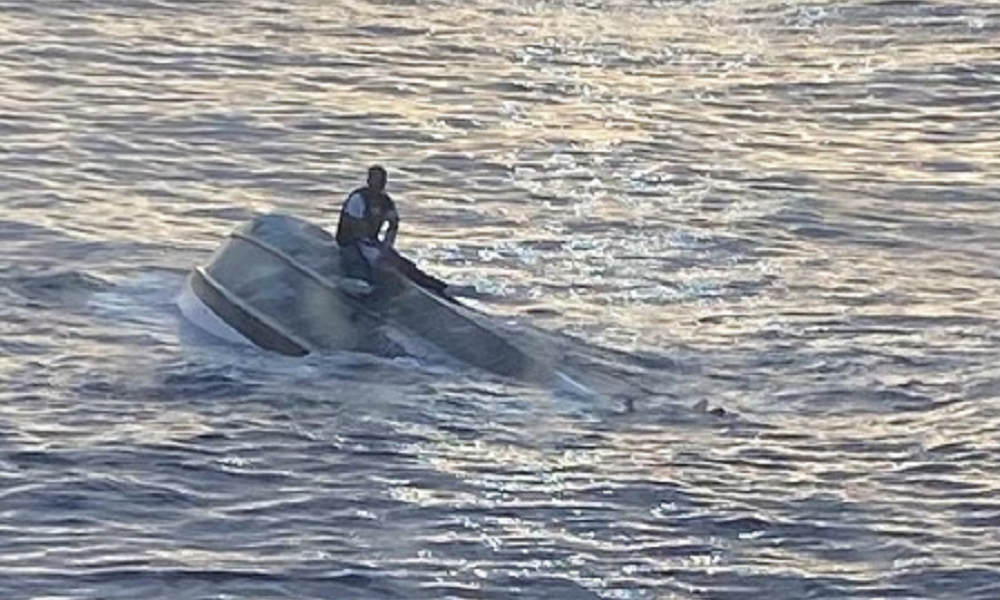 The survivor before his rescue (Credit: Coast Guard)
Advertisment

A boat carrying up to 40 migrants has capsized near the coast of Florida, leaving all but one of them unaccounted-for, according to the U.S. Coast Guard. A search-and-rescue operation is underway to find any possible survivors.

The U.S. Coast Guard was alerted to the incident at around 8 a.m. on Tuesday after a Good Samaritan rescued a man who was clinging to a capsized vessel in the Atlantic Ocean, about 45 miles (72 kilometers) east of Fort Pierce Inlet.

“The survivor reported he left Bimini, Bahamas, with 39 other people Saturday night and encountered severe weather, causing the vessel to capsize,” the Coast Guard said in a statement. “According to the survivor, no one was wearing a life jacket.”

Multiple boats and planes were searching the area on Tuesday to find any possible survivors. The Coast Guard said the capsized vessel is believed to involve a “human smuggling venture,” but other details were not immediately released.