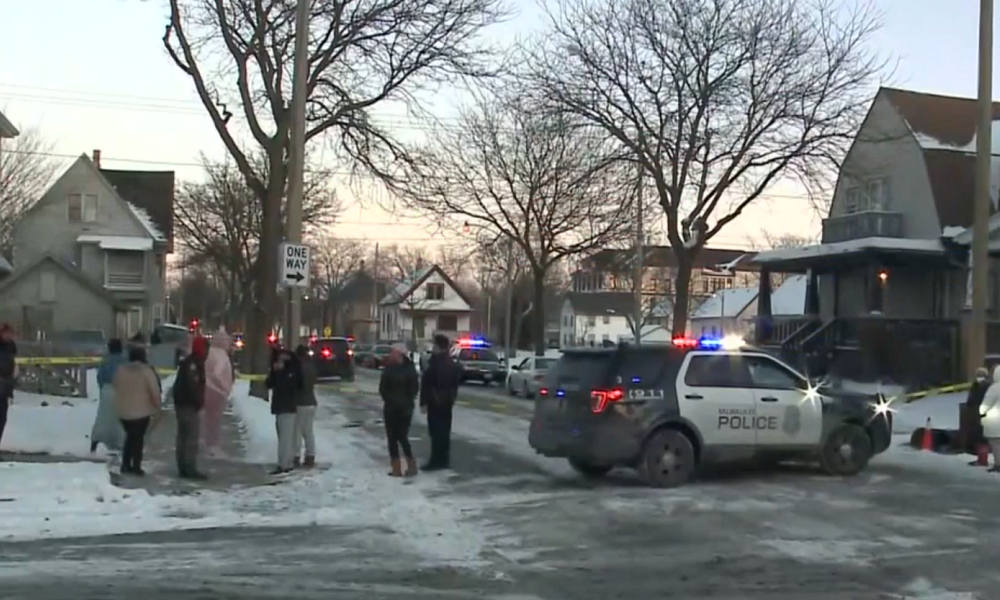 Near the scene (Credit: TMJ4)
Advertisment

Six people have been found murdered at a home in Milwaukee, Wisconsin, local officials say. No arrests were immediately made and only few details have been released about the killings.

The incident was reported at 3:45 p.m. on Sunday when officers were called for a welfare check at a residence in the 2500 block of North 21st Street in Milwaukee. When they entered the home, five bodies were found, and a sixth was later discovered.

“The deceased are adult males and one is an adult female. All [six] deaths are being treated as homicides,” Assistant Police Chief Paul Formolo said. “The motive and information regarding any involved suspects is not known to us right now as this is an ongoing investigation.”

No arrests were immediately made but Formolo said there was no indication of an ongoing threat to the community.

There was no official word on the identities of those killed, when the murders happened, or how the victims died. One local news site, citing unidentified sources, said the victims had been shot “execution-style.”

“The murders discovered today on a residential block in the heart of our city are horrific,” Mayor Cavalier Johnson said. “It is important not to feel numbed by the ongoing violence in our community. A horrible crime has again occurred, and it is not a movie or a fictional account.”