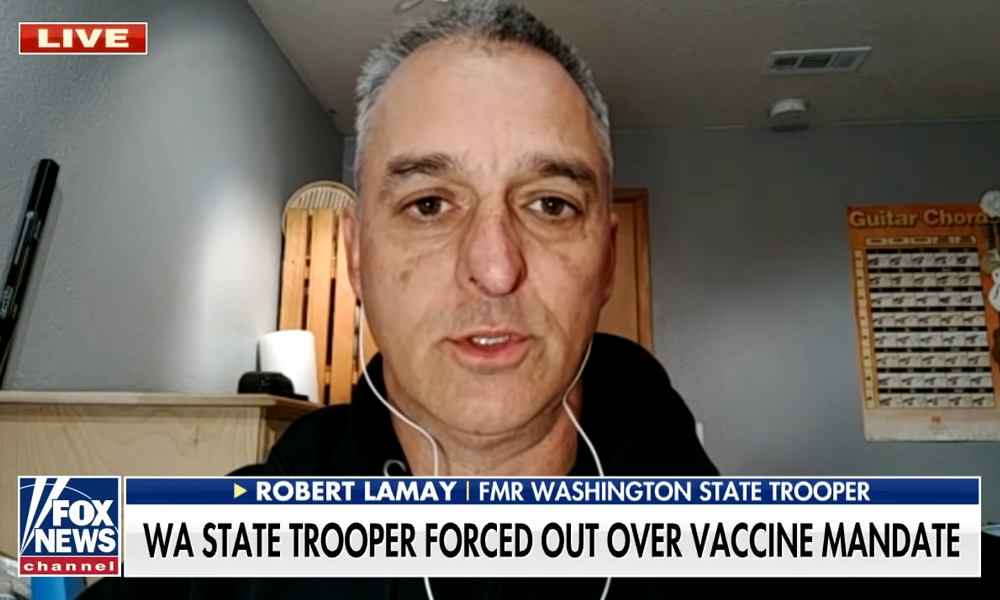 Former Washington State Trooper Robert LaMay, who went viral when he chose to quit rather than get vaccinated against coronavirus, has died of COVID-19. He was 50 years old.

“I am deeply saddened over the news that our former friend and colleague Trooper Robert LaMay has passed away,” State Patrol Chief John Batiste said in a statement on Friday. “This agency’s prayers and remembrances are with his family and loved ones.”

LaMay joined the Washington State Patrol in May 1999 but was forced to retire in October after refusing to get vaccinated against COVID-19. His final radio call, in which he told off Governor Jay Inslee, went viral online.

“Wish I could say more but this is it, so, State 1034, this is the last time you’ll hear me in a State Patrol car, and Jay Inslee can kiss my ass,” LaMay said in his final radio call, after which he dropped the radio, according to an online video.

The video was viewed millions of times and LaMay appeared on multiple TV shows, including on Fox News, where he said he and his family “don’t do vaccines.” His Facebook page was deleted last week when he fell ill with COVID-19 and was put on a ventilator.

LaMay’s condition continued to deteriorate and he died on Friday.

“Rob served honorably for over two decades and we were disappointed to see him leave the agency this past October,” Chief Batiste said. “His service to this state and agency will be long remembered and appreciated.”

Former Washington State trooper Robert LaMay, who went viral when he was fired for refusing to get vaccinated and told the governor to ‘kiss his ass,’ has died of COVID-19 pic.twitter.com/yjX8aeeOGE

Related Topics:COVID-19Washington state
Up Next