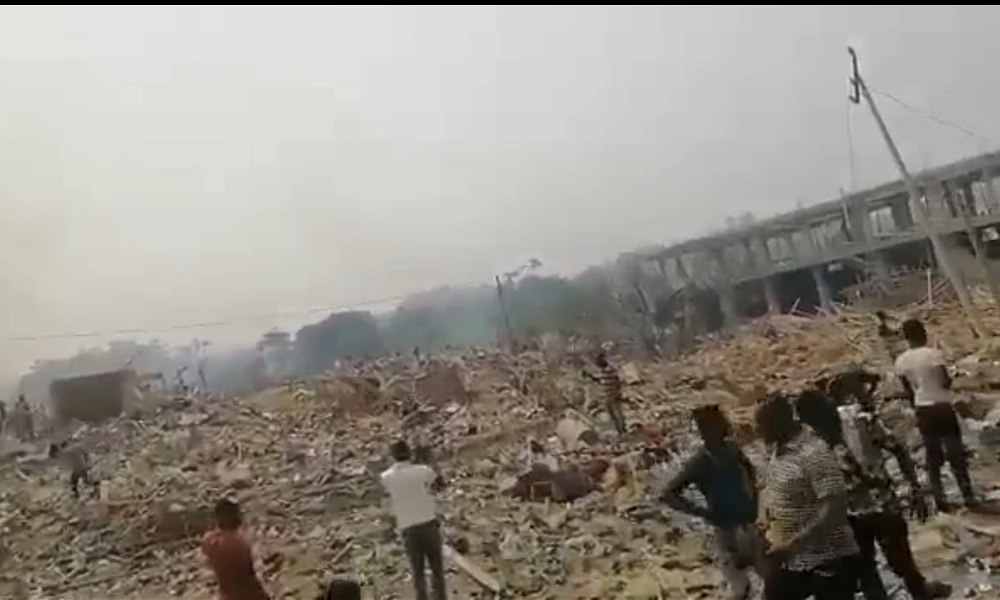 The aftermath of the explosion
Advertisment

A truck carrying explosive materials has exploded after an accident in southwest Ghana, destroying buildings in the surrounding area and killing at least 17 people, officials and witnesses say. Rescue operations are underway.

The accident happened on Thursday afternoon when a truck with explosives for mining operations collided with a motorcycle at Apeatse, between Bogoso and Bawdie in Ghana’s Western Region. A subsequent fire led to the massive explosion.

“The driver got down and was telling people to run away,” a local official, Isaac Dsamani, said. “Some people were also trying to find out what was really happening, while the driver was shouting that people should run away, so I think it happened in about 10 minutes time the whole thing exploded.”

Footage from the scene showed destroyed buildings, multiple bodies, and a huge crater at the site of the explosion. The total number of casualties was not immediately known, but Dsamani said at least 17 bodies were found and many more were taken to hospitals in the area.

“The police and other emergency service providers have activated a full emergency recovery exercise,” police said in a statement. “We urge all to remain calm as we manage this unfortunate situation. Full details will be communicated in due course.”

In an update, police said: “The public has been advised to move out of the area to nearby towns for their safety while recovery efforts are underway. An appeal is also being made to nearby towns to open up their classrooms, churches etc to accommodate surviving victims.”

President Nana Akufo-Addo was briefed about Thursday’s explosion. “It is a truly sad, unfortunate and tragic incident, and I extend, on behalf of Government, deep condolences to the families of the deceased, and I wish the injured a speedy recovery,” he said.

#Bogoso explosion
How it started

They were going to watch it then all of a sudden boom boom 💥 🤯😥🥺 pic.twitter.com/JEhKssVwYK