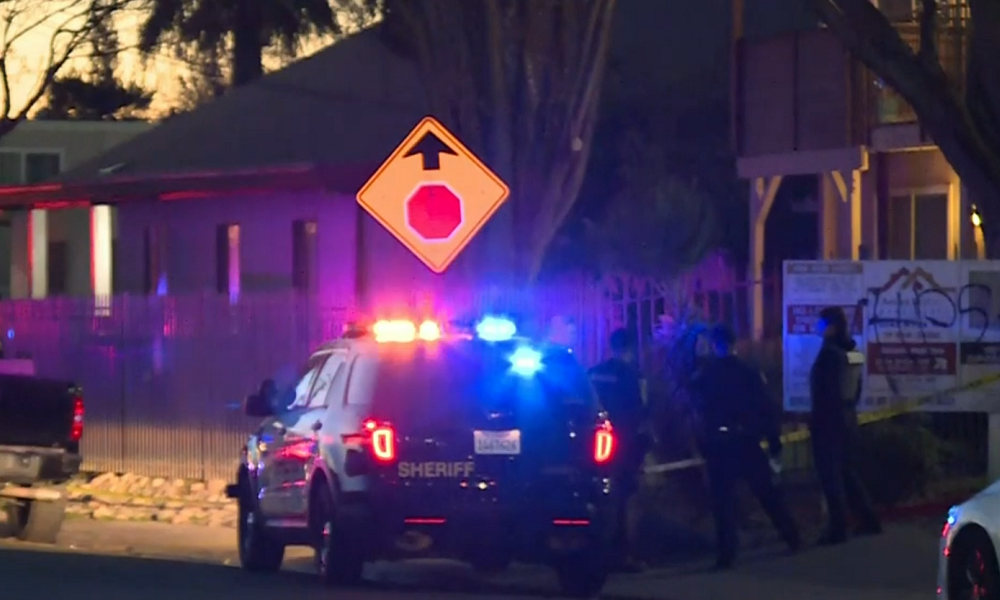 The church where the shooting occurred (Credit: KOVR)
Advertisment

A father has opened fire at a church near Sacramento, California, killing his three young daughters and their chaperone before turning the gun on himself, local officials say. The motive was not immediately known.

The shooting happened at 5:07 p.m. on Monday when officers were called for an active shooter at “The Church in Sacramento,” which is located on Wyda Way in Arden-Arcade, a community on the edge of Sacramento.

Sgt. Rod Grassman, a spokesman for the Sacramento County Sheriff’s Office, said the shooting happened in the main room of the small building. A church employee who was upstairs heard the shots and immediately called 911.

Deputies responded to the scene and found five people who were suffering from gunshot wounds, all of whom were pronounced dead at the scene. It includes the shooter, a 39-year-old man, and his three young daughters.

There was no word on a possible motive for Monday’s shooting, but authorities said it happened while the father had a supervised visit with his children. The mother, who had a restraining order against him, was not among the victims and has been notified.

The children were girls aged 9, 10 and 13, Sgt. Grassman said. The fourth victim was their chaperone.

“Another senseless act of gun violence in America – this time in our backyard. In a church with kids inside. Absolutely devastating,” California Governor Gavin Newsom said. “Our hearts go out to the victims, their families and their communities.”