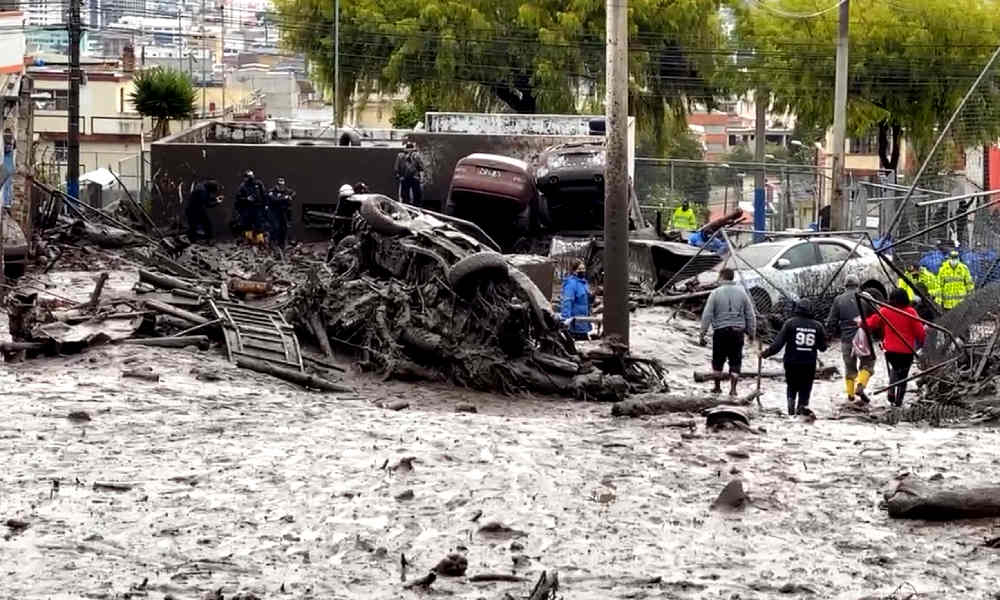 A landslide triggered by heavy rains in Ecuador’s capital of Quito has left more than 20 dead and nearly 50 injured, according to officials. Almost two dozen people have been reported as missing.

The disaster occurred on Monday night when a landslide on the slopes of the Pichincha volcano rushed down onto the neighborhood of La Gasca in Quito. At least 22 people were killed and 47 were injured, according to Quito’s mayor, Santiago Guarderas. Another 20 were reported as missing.

The landslide was caused by one of the heaviest rainfall events in the capital of Ecuador in almost two decades.

“This meteorological event resulted in an accumulation of rainfall that reached 75 liters per square meter,” the mayor said. “This accumulation caused an oversaturation of the soil on the slopes, which generated the landslide.”

A similar event occurred in 1975, when a landslide triggered by heavy rainfall came down onto the same neighborhood, killing 2 people and injuring another 5, according to local media.

Sweden drops all restrictions against COVID-19