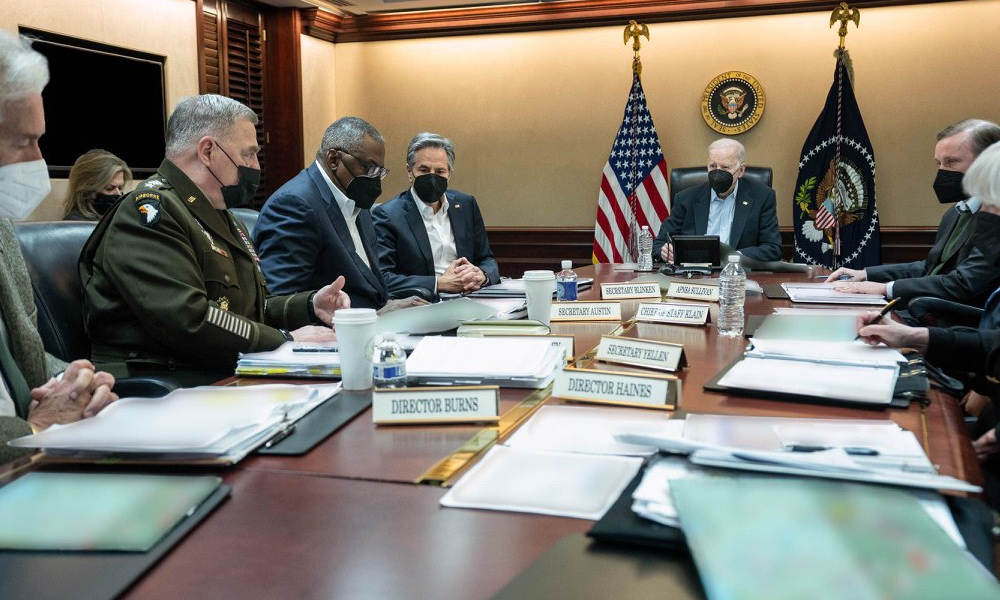 U.S. President Joe Biden has canceled a planned trip to Delaware at the latest moment and will be staying at the White House. A reason for the cancellation was not immediately given but it comes amid rising tensions between Russia and Ukraine.

The White House said earlier on Sunday that Biden would leave the White House at 5 p.m. to travel to Wilmington in Delaware, where he planned to stay with family for Presidents Day. But just before 4 p.m., the plans were suddenly scrapped.

Biden convened a meeting of the National Security Council earlier on Sunday to discuss the latest developments regarding Russia’s military buildup on the Ukrainian border. He also spoke by phone with French President Emmanuel Macron.

Biden said earlier this week that he believes Putin has decided to invade Ukraine, which Moscow has repeatedly denied.

3 people and 2 dogs killed in shooting at Florida home