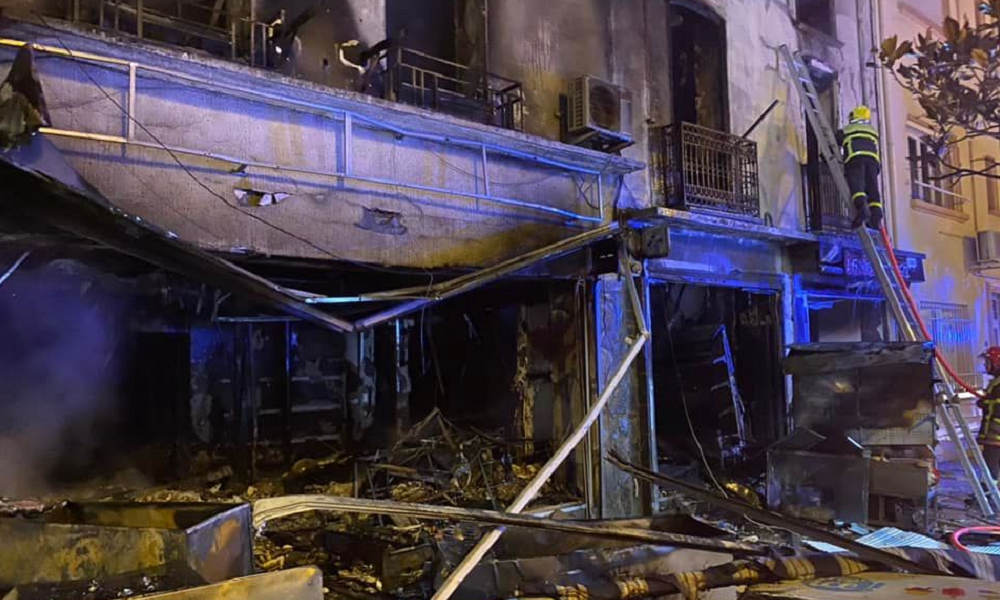 A large explosion has ripped through a shop in southern France, causing a fire in the apartments above and killing at least seven people, officials say. One other person is missing and feared to be trapped.

The incident happened at 1:30 a.m. on Monday when a blast occurred at a grocery store on the ground floor of a 2-story building in Saint-Laurent-de-la-Salanque, a town near the Spanish border.

“A call was received following an explosion in a business in the heart of the village, which set fire to the apartments above,” the fire department said in a statement. Neighboring apartments were also damaged.

“I heard a loud explosion, even the house shook,” a man who lives in the neighborhood told the L’Indépendant newspaper. “I opened the shutters and there was smoke everywhere.”

The bodies of 5 adults and 2 children were later recovered, officials said. Four others were injured, including a 27-year-old man who was seriously injured when he jumped from the first floor to escape the flames.

One person remains unaccounted-for and is believed to be buried in the rubble, raising fears that the death toll could rise.

The cause of Monday’s explosion was not immediately known. A prosecutor told local media that gas cylinders were present in the shop but he added that investigators were still searching the site.

Related Topics:featuredFranceSaint-Laurent-de-la-Salanque (France)
Up Next