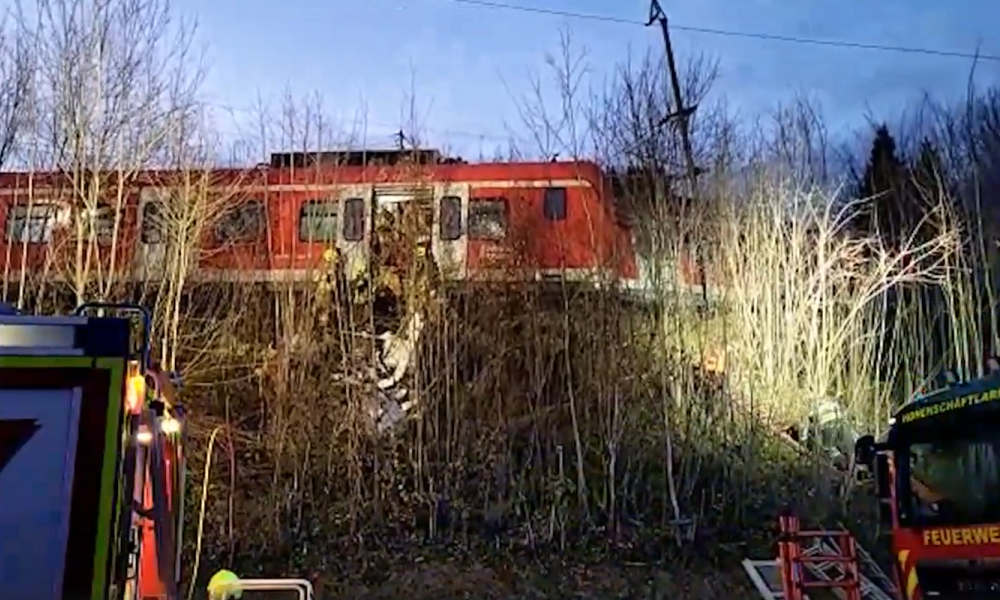 Two passenger trains have collided in the German city of Munich, killing one of the passengers and injuring more than 40 others, local officials say. Dozens of people were assessed for possible shock.

The accident happened at 4:35 p.m. on Monday when two S-Bahn trains collided on a single-track railway near Schäftlarn train station in the southern district of Munich. 95 people were on board the trains.

“There are numerous emergency services at the scene, people are injured, and the route is currently completely closed,” Munich police said in an initial statement.

Munich police spokesman Andreas Franken later confirmed that at least one person had been killed in the crash and 18 others were taken to hospital, including five people who suffered serious injuries. 25 others were treated for injuries on an outpatient basis.

The fatality was identified as a 25-year-old Afghan citizen.

A 19-year-old who was on board one of the trains told the local Merkur newspaper that the accident happened just after they left a train station. All passengers were thrown from their seats, he said.

Related Topics:featuredGermanyMunich (Germany)
Up Next