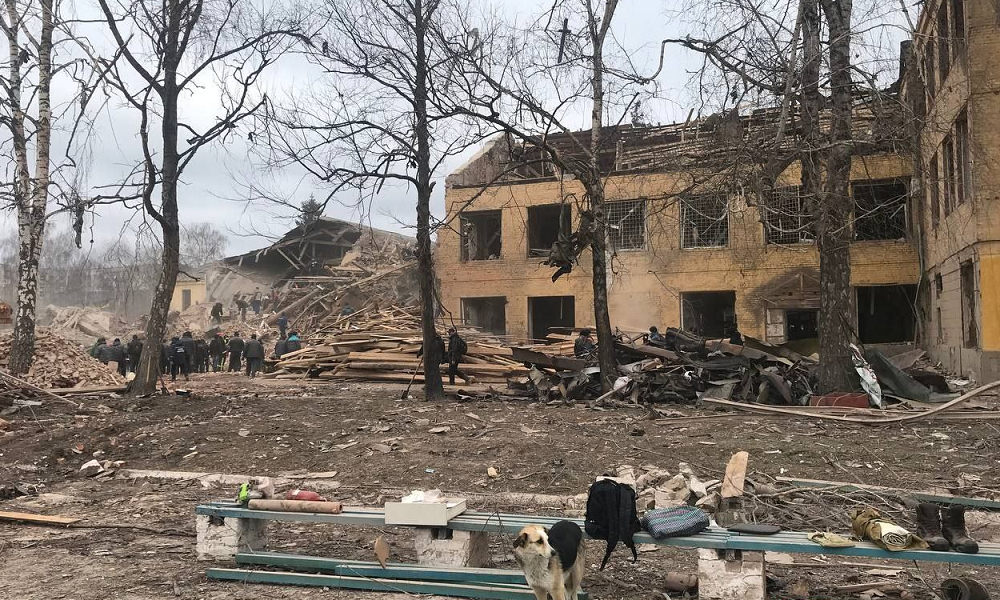 The aftermath of the attack (Credit: Dmytro Zhyvytskyy)
Advertisment

Russian forces have targeted a military base near Kharkiv in eastern Ukraine, killing at least 70 Ukrainian soldiers, local officials say, making it the deadliest attack since the war began.

The attack happened on Monday afternoon when Russian artillery hit a military base in Okhtyrka, a small city about 49 kilometers (30 miles) from the border with Russia and 100 kilometers (62 miles) northwest of Kharkiv.

“Bodies continue to be pulled from underneath the rubble,” Dmytro Zhyvytskyy, the head of the Sumy regional administration, said on Tuesday morning. “Places for about 70 dead Ukrainian soldiers are being prepared in the cemetery.”

Other details about Monday’s attack were not immediately known, but Zhyvytskyy released photos and videos which showed that multiple buildings were either destroyed or severely damaged.

“The enemy also got what it deserved,” he added, while showing photos of 4 bodies which he said belonged to Russian soldiers.

Hundreds of soldiers and civilians have been killed since Russia launched a full invasion of Ukraine. The incident in Okhtyrka appears to be the deadliest attack since the war began.