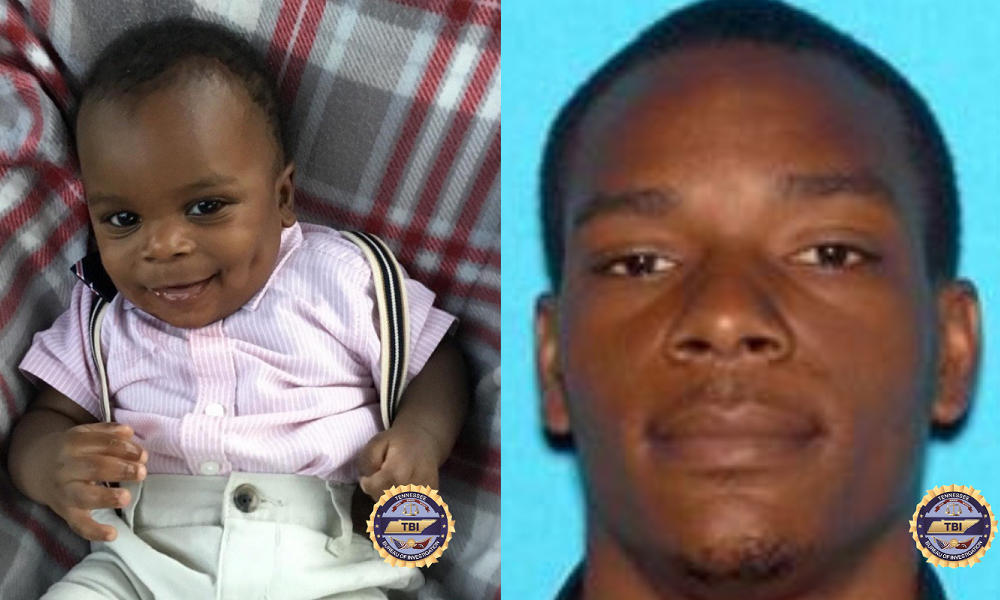 UPDATE: The amber alert has been canceled. Aziah was found safe but the suspect remains at large.

A Tennessee Amber Alert has been issued for 1-year-old Aziah Lumpkin after he was allegedly abducted from Franklin in Williamson County, local officials say. Anyone with information is urged to call 911 immediately.

Aziah was last seen in Franklin on February 27 but it took nearly a month until the Franklin Police Department requested help from state officials, according to the Tennessee Bureau of Investigation. Specific details were not immediately released.

The suspect has been identified as the baby’s non-custodial father, 29-year-old Sharles Lumpkin, Jr. He’s described as a black male with black hair and brown eyes, standing 6 feet 1 inch tall and weighing 147 pounds.

Sharles has been charged with Especially Aggravated Kidnapping and Domestic Assault in connection with Aziah’s disappearance.

“There is no known direction of travel, but ongoing investigative work indicates Sharles may be in Nashville area,” TBI said in a statement. The amber alert did not specify how Sharles and Aziah may be traveling.

Aziah is described as a 1-year-old male with black hair and brown eyes, weighing 21 pounds. He was last seen wearing black pants, a black shirt, and a green puff vest.

Anyone who sees Aziah or Sharles is urged to call 911 immediately, or call the Franklin Police Department at 615-550-6840 if you have any other information that could help investigators. You can also call TBI at 1-800-TBI-FIND.