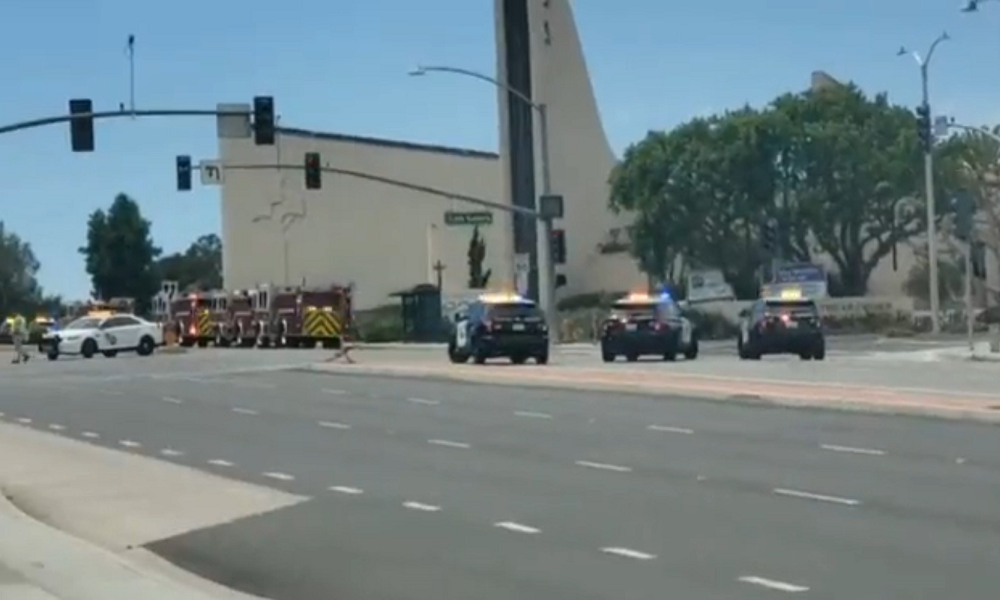 Emergency services at the church
Advertisment

A man has opened fire at a church in Laguna Woods, California, killing at least one person and injuring five others, local officials and witnesses say. Four of the injured are in critical condition.

The incident began at 1:26 p.m. on Sunday when officers were called for an active shooter at the Geneva Presbyterian Church on Toro Road in Laguna Woods, about 42 miles southeast of downtown Los Angeles.

The Orange County Sheriff’s Office said one person was pronounced dead at the scene while five others were taken to area hospitals. Four are in critical condition and the fifth suffered minor injuries. All are adults.

“We have detained one person and have recovered a weapon that may be involved,” a sheriff’s office spokesperson said. The suspect’s name was not immediately released.

A law enforcement source told the Los Angeles Times that the suspect is a 68-year-old man of Asian descent who is originally from Las Vegas. His motive for the shooting was not immediately known.

A Taiwanese congregation was holding a lunch meeting at the time of the attack, meaning most of those in the building were of Asian and mostly Taiwanese descent.

The shooting comes just a day after a self-described white supremacist opened fire at a supermarket in upstate New York, killing 10 people and injuring 3 others.

On my way to Laguna beach and the street is blocked off. So incredibly sad! I hope the victims are okay! pic.twitter.com/XsPa2sI0TW