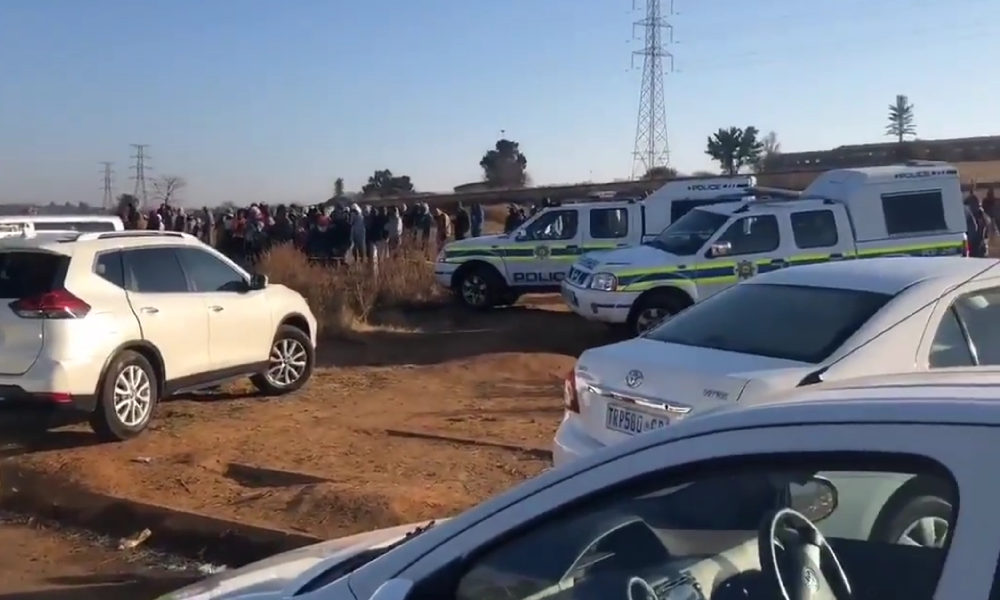 A mass shooting at a tavern in South Africa’s Gauteng province has left at least 14 killed, according to local media citing officials. Another 10 were injured, with 3 of them in critical condition.

The apparently random attack happened during the early hours of Sunday at around 12:30 a.m., when an undetermined number of “masked gunmen” opened fire at patrons of a tavern located in the suburb of Orlando, in the township of Soweto, local media eNCA reported.

“Primary investigations suggest the people were enjoying themselves in the tavern,” Gauteng police commissioner Elias Mawela told eNCA. “They just came in and shot at them randomly.”

13 victims died at the scene, while another died after being transported to a local hospital, according to eNCA. 10 more were transported to hospitals with various injuries, with 3 of them said to be in critical condition.

Preliminary information indicates the ages of the victims were between 19 to 35 years old, commissioner Mawela said. The gunmen have still not being identified.

South Africa saw another mass death incident just two weeks ago, when 21 teenagers, some of them minors, died under still unclear circumstances at another tavern in the city of East London, Eastern Cape province. Over a thousand people, including President Cyril Ramaphosa, attended the funeral held on Wednesday.