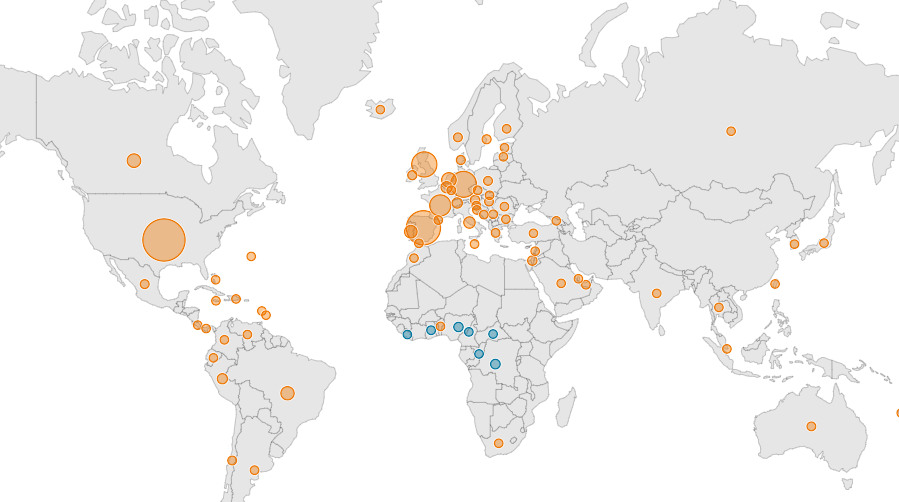 Spain and Brazil have each reported a death from monkeypox, the first outside Africa, health officials announced on Friday. It comes less than a week after the outbreak was declared an international health emergency.

The death in Brazil happened in Belo Horizonte, one of the country’s largest cities. The health ministry said the patient was a 41-year-old man with a seriously weakened immune system. He died on Thursday.

A local health official said the man was being treated for lymphoma when he tested positive for monkeypox.

Spain’s health ministry also reported a death from moneypox, but specific details were not immediately released. An update from the health ministry said, out of 3,750 cases with detailed information, 120 were hospitalized.

The first case in the current outbreak was detected in London on May 7 in a recent traveler from Nigeria, where monkeypox is endemic. More cases were detected in the following weeks, and the outbreak has now infected more than 21,000 people in 78 countries.

Until Friday, the only deaths had been reported in Africa.