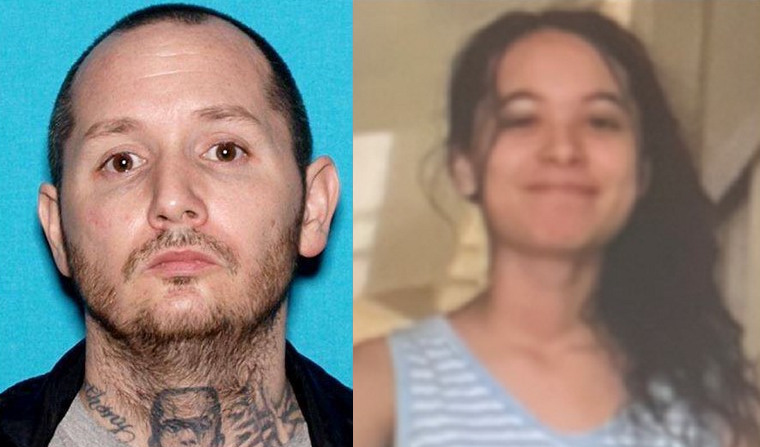 A California Amber Alert has been issued for 15-year-old Savannah Graziano after she was taken by her father, who is accused of killing a woman near a school in Fontana, local officials say. Anyone with information is urged to call 911 immediately.

The incident happened just after 7:30 a.m. on Monday when a woman was killed in a domestic violence shooting near the intersection of Mallory Street and Cypress Avenue in Fontana. A second person was shot at but was not hit.

The suspect has been identified as 45-year-old Anthony Graziano, who took his daughter after the shooting. He’s described as having brown hair and brown eyes, standing 5 feet 4 inches tall and weighing 150 pounds. He was last seen wearing a white shirt and dark shorts.

Anthony and Savannah are believed to be traveling in a white 2017 Nissan Frontier with California license plate number 44305G2. It’s unknown where he may be taking the child.

Anthony should be considered “armed and dangerous,” according to the amber alert.

Anyone who sees Savannah, Anthony, or the suspect vehicle is urged to call 911 immediately, or call the Fontana Police Department if you have any other information that could help investigators.