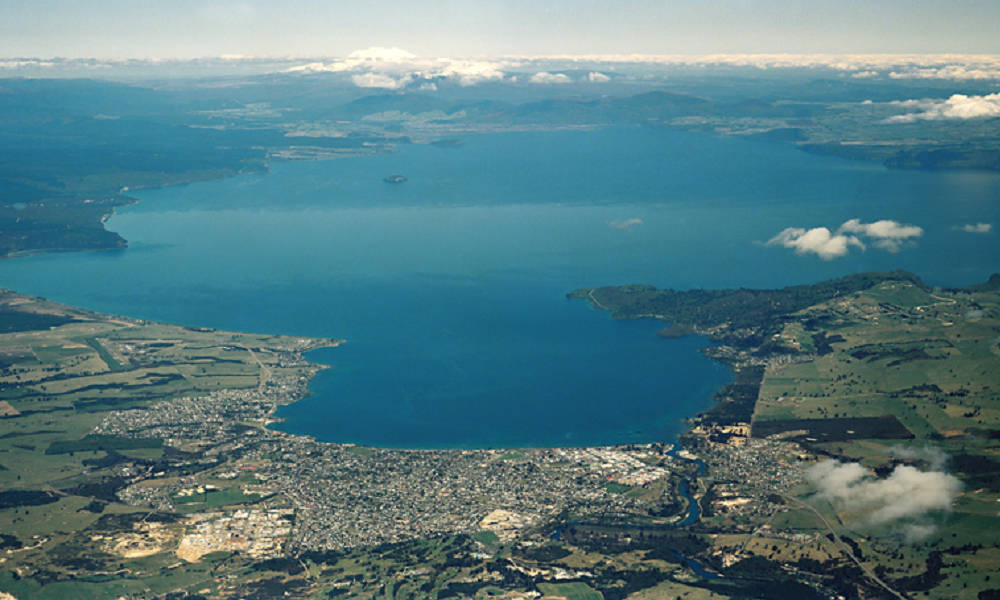 Scientists in New Zealand have raised the alert level at the Taupō supervolcano from 0 to 1 after a series of small earthquakes, but emphasize that the chance of an eruption “remains very low.” The last eruption happened nearly 1,800 years ago.

Geological agency GeoNet said nearly 700 small earthquakes have been recorded at Lake Taupō since May of this year, although many of them were too weak to be felt on land. The largest was a 4.5-magnitude earthquake on September 10.

Ground deformation has also been observed at Horomatangi Reef, where the existing magmatic system is believed to be located and where most of the earthquakes have been recorded.

“We interpret the ground uplift and earthquake activity to be caused by the movement of magma and the hydrothermal fluids inside the volcano,” the agency said. “We have also sampled springs and gas vents around the lake for changes in chemistry that may be related to the earthquake and ground uplift.”

As a result, GeoNet has raised the Volcanic Alert Level for Taupō from 0 to 1 for the first time since the alert levels were introduced in 1994. The system has 6 levels, from 0 to 5, although an eruption is possible at any level.

There have been 17 episodes of unrest at Taupō since 1870, including four episodes which could’ve been classified at alert level 2 if the system had existed, according to GeoNet. None of those events caused an eruption.

“The Volcanic Alert Level reflects the current level of volcanic unrest or activity and is not a forecast of future activity,” GeoNet said in Tuesday’s statement. “Volcanic unrest at volcanoes like Taupō could continue for months or years and not result in an eruption.”

The Taupō Volcano caused the largest eruption on Earth in the past 5,000 years when it exploded nearly 1,800 years ago, covering lakeside areas in tens of meters of rock and pyroclastic flows. Parts of the North Island were covered in at least 1 cm of ash.

An even bigger eruption occurred at the volcano about 25,500 years ago, creating a large basin that formed much of the present lake shape. It least 27 other eruptions are known to have happened in between those events, many of which were much smaller.