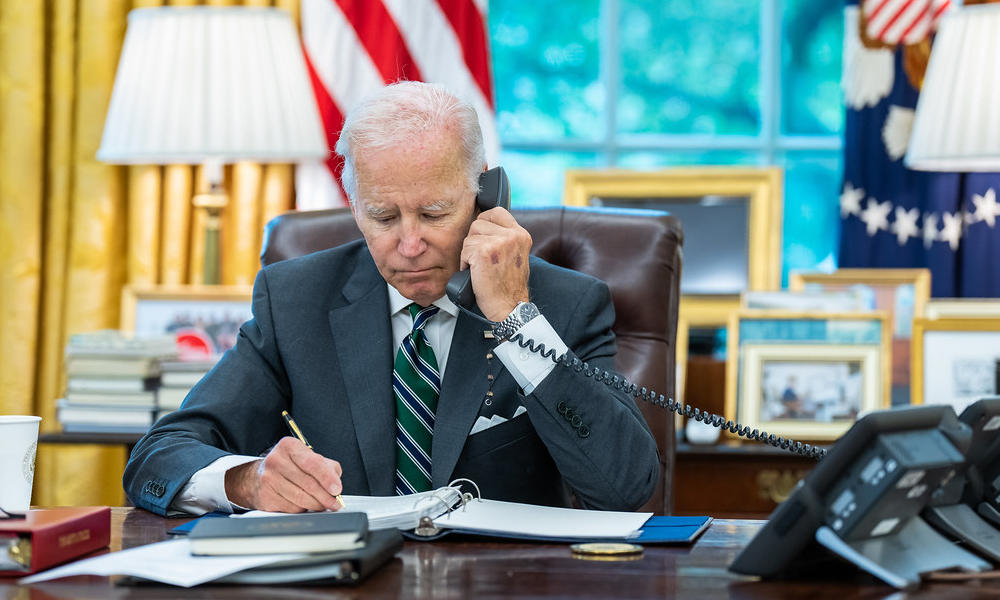 Biden made the comments on Monday in a phone call with Ukrainian President Zelensky, just hours after a wave of Russian missile attacks hit cities across Ukraine, including the first major assault on the capital Kyiv in months.

“He expressed his condemnation of Russia’s missile strikes across Ukraine, including in Kyiv, and conveyed his condolences to the loved ones of those killed and injured in these senseless attacks,” the White House said. “President Biden pledged to continue providing Ukraine with the support needed to defend itself, including advanced air defense systems.”

“[Biden] also underscored his ongoing engagement with allies and partners to continue imposing costs on Russia, holding Russia accountable for its war crimes and atrocities, and providing Ukraine with security, economic, and humanitarian assistance,” the White House said.

Russia fired dozens of cruise missiles at Ukrainian cities on Monday morning, killing at least 14 people and injuring many more. Critical infrastructure sites were also hit, leaving parts of the country with no electricity, water or heat.

Russian President Vladimir Putin said the missile strikes were in response to Saturday’s truck bombing on the Crimean Bridge, which links mainland Russia to Crimea. Russia said the attack was carried out by Ukrainian intelligence agencies.

“In the event of more attempts to stage terrorist attacks on our territory, Russia’s response will be harsh and commensurate with the threats posed to the Russian Federation,” Putin said. “Nobody should have any doubts about that.”

WATCH: Ukrainian girl was filming in Kyiv when a Russian missile hit across the street pic.twitter.com/5V9sLEFNu9