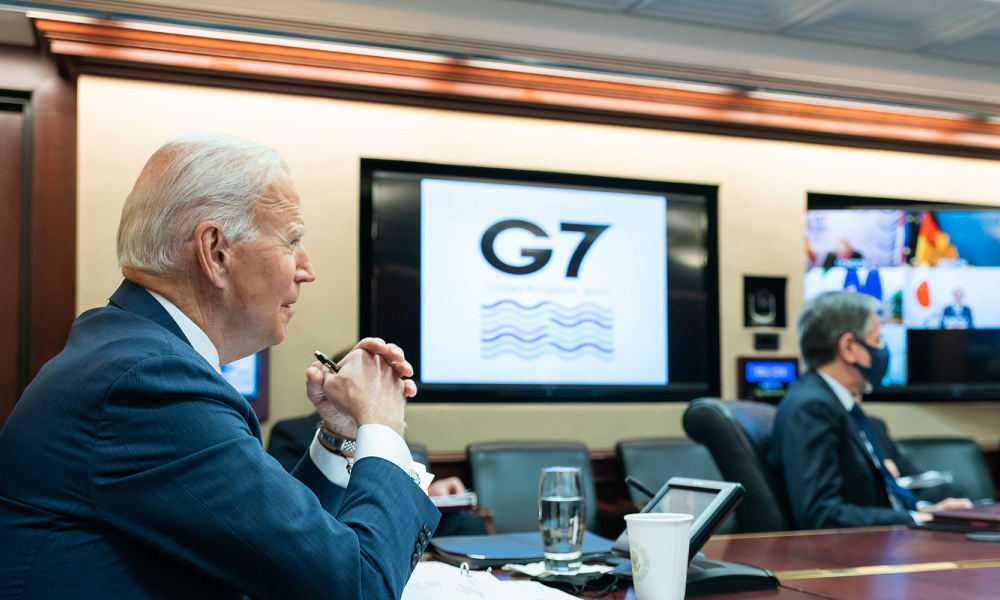 The leaders of the G7, which includes the United States, Germany, France, and the United Kingdom, have warned Russian President Vladimir Putin that any use of chemical or nuclear weapons will be met with “severe consequences.”

The leaders released a joint statement on Tuesday after a virtual meeting to discuss the ongoing Russian invasion of Ukraine, which has killed thousands of people. President Zelensky of Ukraine joined them at the top of the conference.

“Our meeting took place against the backdrop of the most recent missile attacks against civilian infrastructure and cities across Ukraine, leading to the death of innocent civilians,” the statement said. “We condemn these attacks in the strongest possible terms and recall that indiscriminate attacks on innocent civilian populations constitute a war crime.”

The G7 also condemned Russia’s “irresponsible nuclear rhetoric,” which they said is putting global peace and security at risk.

“We reaffirm that any use of chemical, biological or nuclear weapons by Russia would be met with severe consequences,” the statement said, without elaborating.

The Group of Seven consists of Canada, France, Germany, Italy, Japan, the United Kingdom, and the United States. The European Union also takes part in meetings. Russia was expelled from the group – then called the G8 – in 2014.