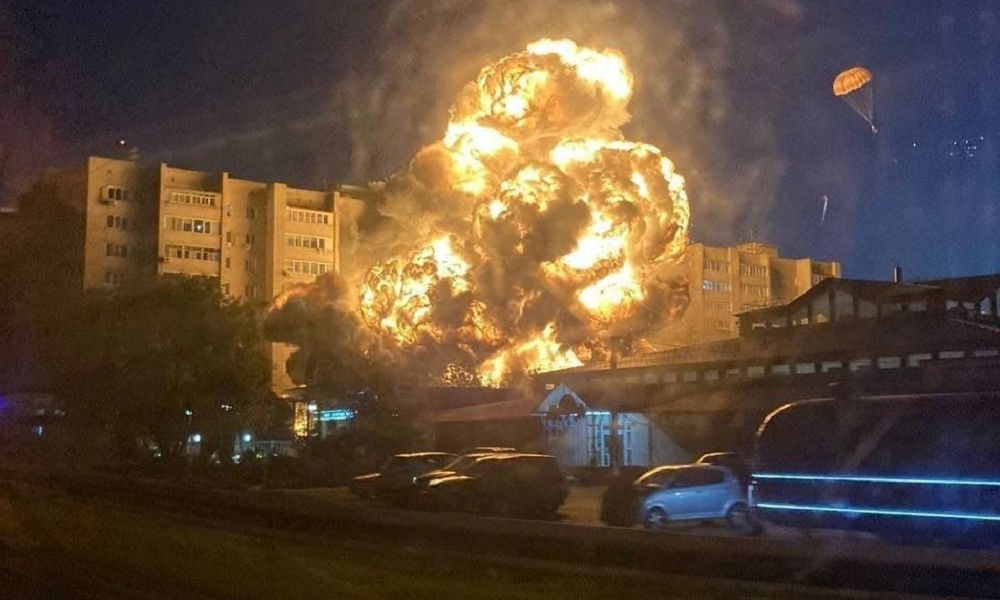 A military plane has crashed into an apartment building in Yeysk in western Russia, causing a huge fire and killing at least 13 people, according to local officials. Both pilots ejected from the plane before impact.

The accident happened on early Monday evening when the plane, an Su-34 fighter jet, crashed into a block of flats in Yeysk, a city on the shore of the Sea of Azov, across from Ukraine.

A large fireball was visible upon impact, causing fires in the 9-story building. A local official said the fires had spread across multiple floors and destroyed an unknown number of apartments.

“Ambulances and firefighters are coming from all over the city, helicopters are in the area,” a resident told the state-run TASS news agency. The Emergencies Ministry said in an update on Tuesday that at least 13 people were killed, including three children, and 19 more were injured.

The exact cause of the crash was not immediately clear, but the pilots had reported an engine fire while taking off for a training flight, the defense ministry said. Both pilots were able to eject from the plane moments before impact.

Related Topics:aviationfeaturedRussiaYeysk (Russia)
Up Next