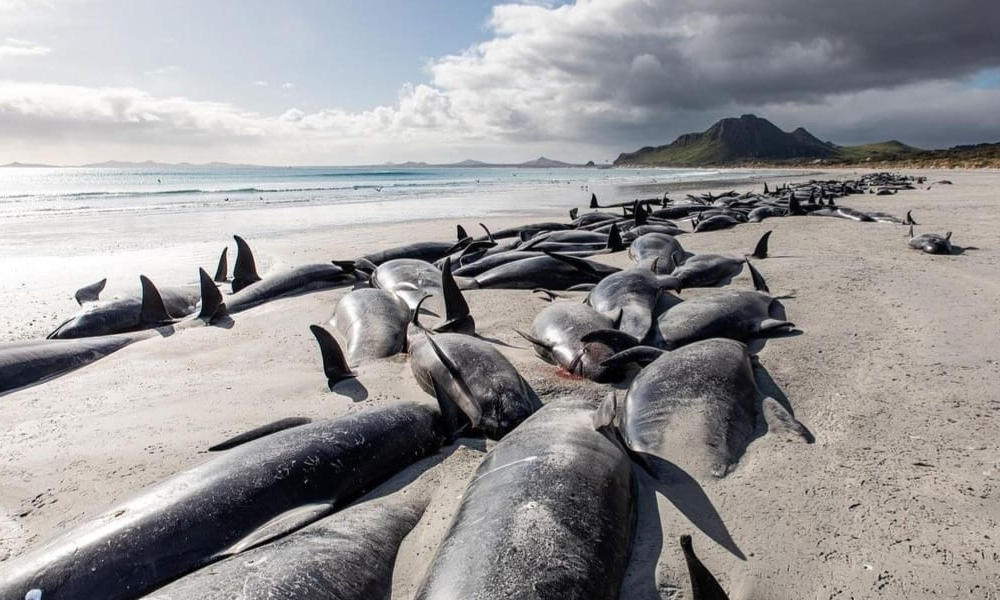 Nearly 500 pilot whales have died after stranding themselves on two beaches in the remote Chatham Islands of New Zealand, local officials say. It marks one of the biggest such events ever recorded.

The latest incident happened at Walhere Bay on Pitt Island, the second-largest island in the Chatham Islands, about 890 kilometers (553 miles) east of Christchurch on the South Island.

Dave Lundquist, Technical Advisor Marine for the Department of Conservation (DOC), confirmed that approximately 240 pilot whales were involved in the second stranding, which was discovered on Monday morning.

“As DOC do not actively refloat whales on the Chatham Islands due to the risk of shark attack to both humans and the whales, the surviving whales were euthanised by our trained team to prevent further suffering,” Lundquist said. “This decision is never taken lightly, but in cases like this it is the kindest option.”

Pitt Island is the most remote inhabited island of New Zealand, but only around 40 people live there, including one ranger from the Department of Conservation, making a rescue attempt virtually impossible.

The incident came just three days after 240 pilot whales beached themselves on nearby Chatham Island. The surviving whales were euthanised by a trained team to prevent further suffering.

“All the stranded pilot whales are now deceased and their bodies will be left to decompose naturally on site,” Lundquist said.

Pilot whales work as a close-knit community and need to be in agreement with one another to make a move, making it more difficult for rescue workers to save them.

Pilot whales are regularly involved in mass strandings, but the latest incidents involve unusually high numbers. It comes less than three weeks after 230 pilot whales beached themselves on the Australian island of Tasmania, killing 195.

The biggest event ever recorded happened back in 1918, when roughly 1,000 pilot whales died on a beach in the Chatham Islands.