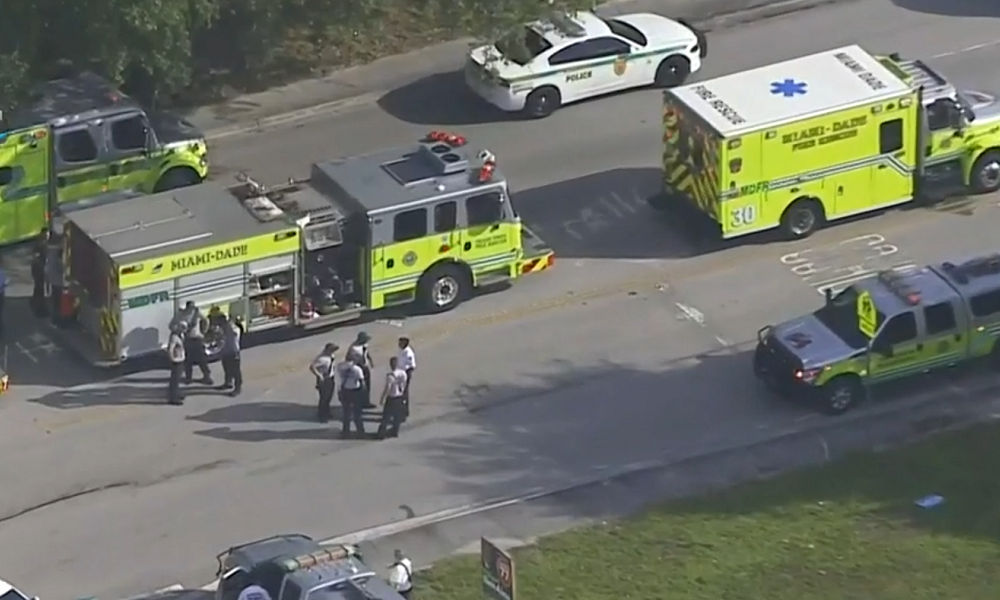 A large number of emergency services responded to Miami Central High School on Tuesday after someone called in an “active shooter,” but it was quickly determined to be a hoax, the latest in a series of a swatting incidents across the U.S.

The incident began just after 9 a.m. on Tuesday when officers were called for an “active shooter” with at least 10 victims at Miami Central High School in West Little River. The school was immediately put on Code Red lockdown.

Officers searched the school and found no evidence of a shooting and there’s no indication that anyone was injured. Miami-Dade Police said it appeared to be a swatting prank call, which may have originated outside the U.S.

A threat was also reported at Ronald W. Reagan/Doral Senior High School in Doral, as well as several other schools in South Florida, but all of them were determined to be hoaxes.

Schools across the United States have recently been hit by a wave of swatting incidents, causing lockdowns and evacuations at dozens of schools.