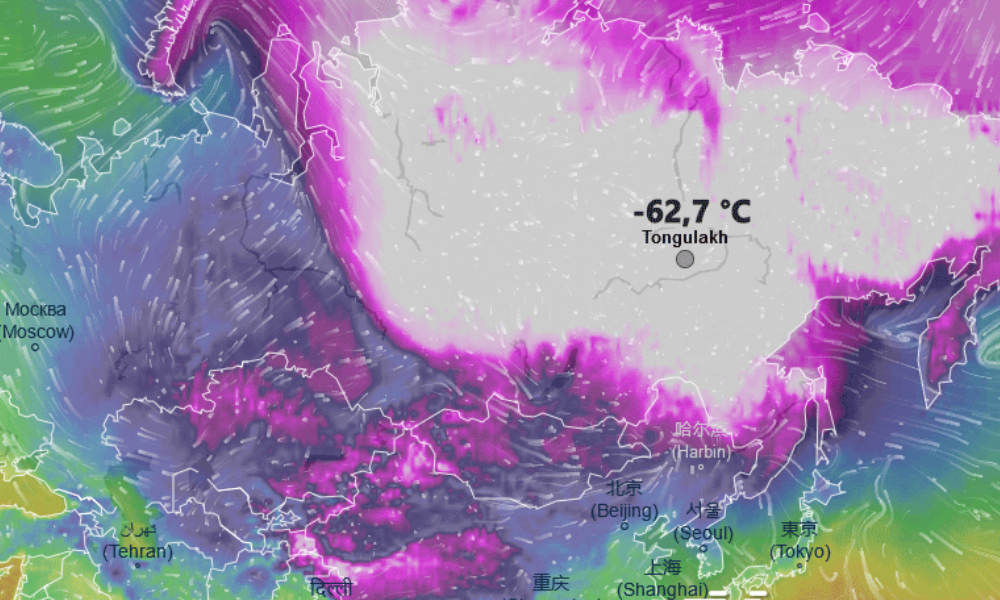 Temperatures in Siberia have dropped as low as -62.7°C (-80.9°F), making it the coldest day in Russia in more than two decades, meteorologists say. Large parts of Russia are currently experiencing lower-than-normal temperatures.

The weather agency in Russia’s Yakutia (Sakha) region said a temperature of -62.7 degrees Celsius was recorded at Tongulakh at 9 a.m. on Wednesday, breaking the station’s all-time low for the third time this month.

The weather station, which was modernized less than a year ago, is located in a remote, hard-to-reach area of Siberia where only few people live. Records for the area date back to 1948.

In Yakutsk, the region’s capital, people braved the extreme temperatures and jumped into ice cold water to mark the Christian Orthodox day of Epiphany, which commemorates the baptism of Jesus Christ.

Sakha leader Aysen Nikolayev was one of those who jumped into the water when the temperature in Yakutsk was about -50°C (-58°F). “You have to look after your health. This is absolutely voluntary,” he said, according to TASS.