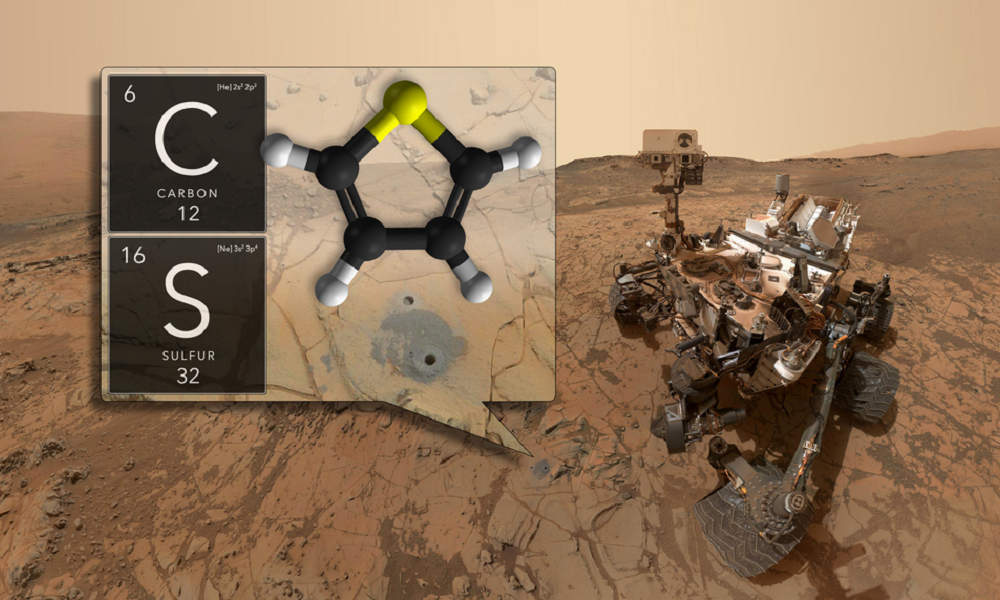 NASA’s Curiosity rover has found ancient organic molecules on the surface of Mars, indicating that the Red Planet once had the ingredients needed to support life, scientists announced on Thursday.

The organic molecules, which contain carbon and hydrogen, were found in 3-billion-year-old sedimentary rocks near the planet’s surface in Gale Crater. Strong seasonal variations in the levels of atmospheric methane have also been measured.

Organic molecules are the backbone of all life on Earth, but they are not necessarily indicators of life. For example, the organic compounds could have formed abiotically or could have been delivered to the planet by meteor, asteroid, or comet.

Nonetheless, it’s a significant discovery in the search for ancient life on Mars. Past research has shown that in the distant past, the Martian climate allowed liquid water – an essential ingredient for life – to pool at the surface.

“Curiosity has shown that Gale crater was habitable around 3.5 billion years ago, with conditions comparable to those on the early Earth, where life evolved around that time,” scientist Inge Loes ten Kate said in the journal Science. “The question of whether life might have originated or existed on Mars is a lot more opportune now that we know that organic molecules were present on its surface at that time.”

NASA and the European Space Agency are preparing to send the next generation of rovers to Mars in 2020, carrying new technologies to search for signs of microbial life. “I’m confident that our ongoing and planned missions will unlock even more breathtaking discoveries on the Red Planet,” said Thomas Zurbuchen of NASA.

Related Topics:featuredMarsspace exploration
Up Next