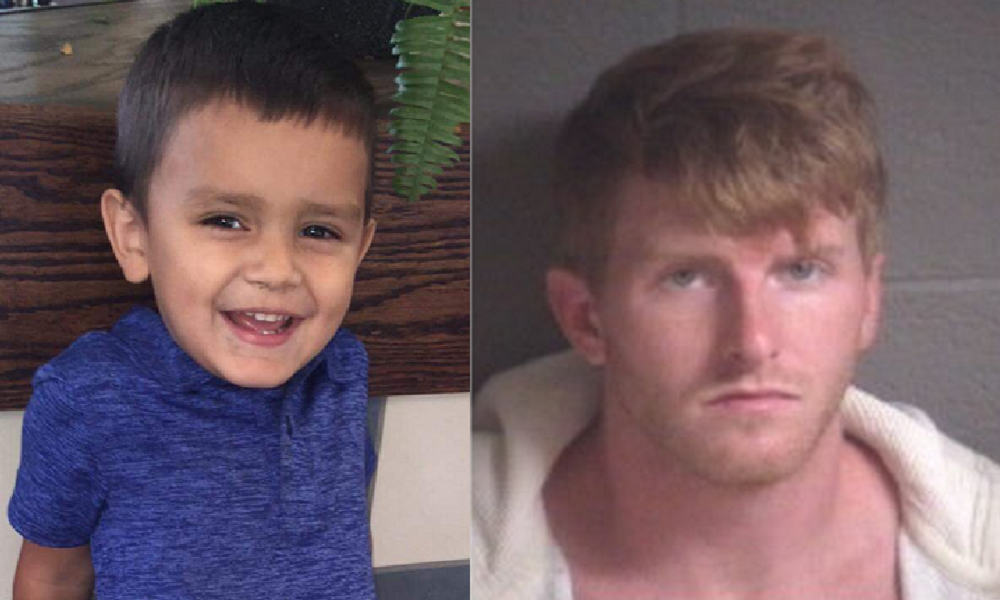 Stephen Jones, the suspect in the abduction
Advertisment

UPDATE: The amber alert has been canceled. Ezra has been found, according to the Department of Public Safety. Other details were not immediately released.

A North Carolina Amber Alert has been issued for 3-year-old Ezra David Jones after he was allegedly abducted from Buncombe County, local officials say. Anyone with information is urged to call 911 immediately.

The amber alert was issued on Wednesday night at the request of the Buncombe County Sheriff’s Department, but specific details about the circumstances of the abduction were not immediately released.

The suspect has been identified as the child’s father, 27-year-old Stephen Drake Jones. He is described as a white male with red hair and hazel eyes, standing 6 feet 1 inch tall and weighing 185 pounds.

Stephen and Ezra were last seen in Hendersonville in Henderson County, heading towards Black Mountain. They were driving in a blue 1990 Ford F250 truck with North Carolina license plate number PEC-5783.

Investigators believe Stephen may be heading to the Winston-Salem area.

Anyone who sees Ezra, Stephen, or the suspect vehicle is urged to call 911 immediately, or call the Buncombe County Sheriff’s Department at 828-250-4449 if you have other information that could help investigators.