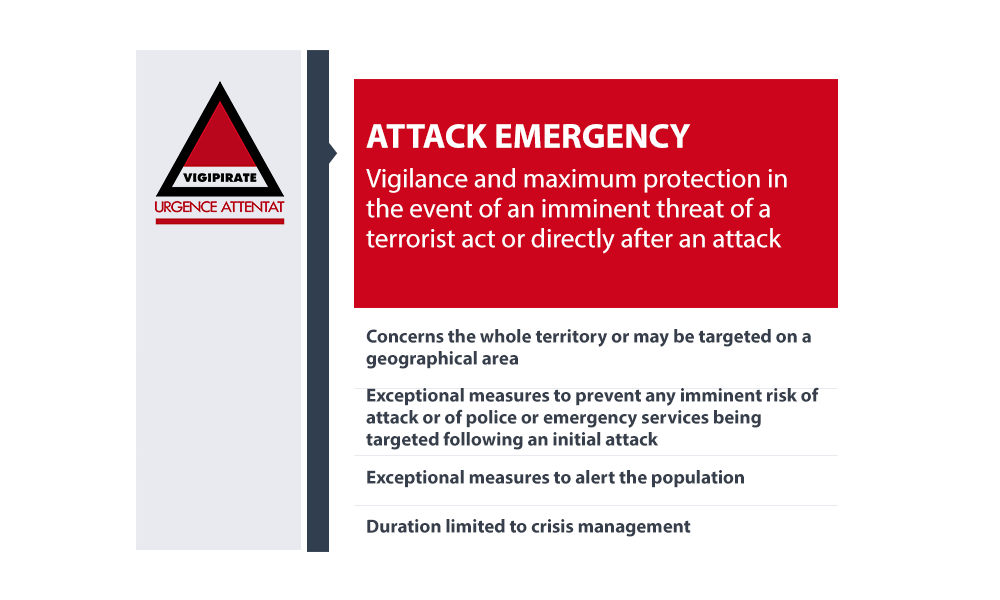 "Attack Emergency," the highest level of France's terror alert system, which is known as Vigipirate.
Advertisment

France has raised its national threat level to “Attack Emergency,” the highest level on a three-step scale, as security forces search for a man who opened fire near a Christmas market in Strasbourg.

The government’s official website says an Attack Emergency, or Urgence Attentat in French, can be declared in the event of an imminent threat of a terrorist act or directly after an attack.

Castaner said the alert, which allows for “exceptional measures” to prevent another attack, will help bolster security at events across the country. It will also be used to improve security at the border.

The decision came just hours after a gunman opened fire near the Christmas market in Strasbourg, killing 3 people and injuring 12 others. The suspect, a 29-year-old man, remains at large and a manhunt is underway.