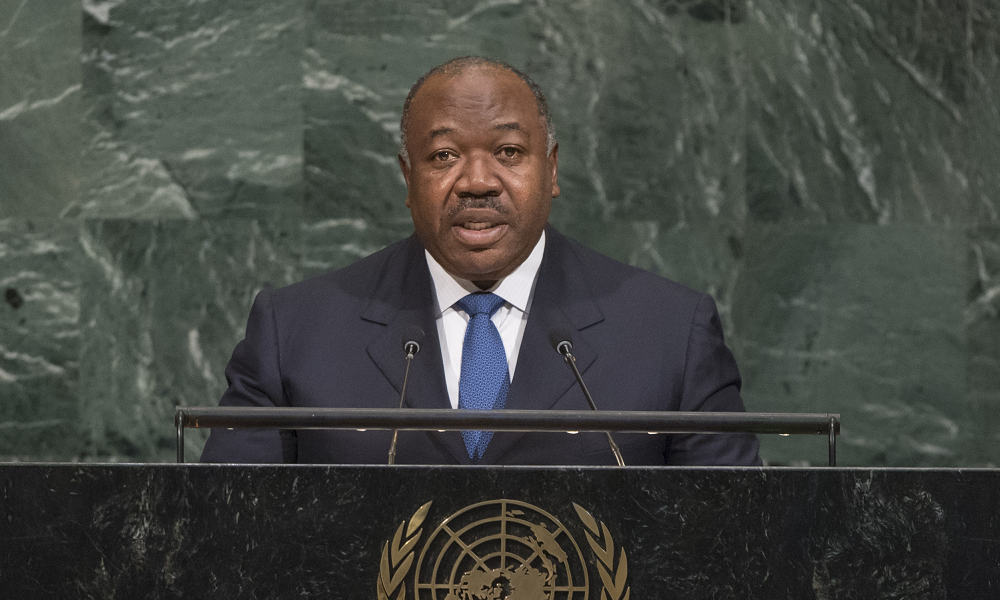 A small group of soldiers has tried to seize power in Gabon while the country’s president, Ali Bongo, is undergoing medical treatment abroad, but the coup attempt was quickly defeated, according to the government.

The incident began at 4:30 a.m. local time on Monday when Lieutenant Kelly Ondo Obiang was heard on national radio, saying Bongo’s address to the nation on New Year’s Eve had reinforced their doubts about the president’s ability to serve.

Obiang said his group was setting up a “restoration council” to restore democracy and called on other soldiers to join, urging them get weapons to take control of military bases, security checkpoints, airports, and other forms of transportation.

“[We] and security forces concerned with saving democracy and preserving the integrity of the national territory and national cohesion have decided to take our responsibility,” Obiang said, with two armed soldiers standing behind him.

Gunfire was heard in several parts of the capital Libreville and armored vehicles were seen moving around with helicopters overhead. Internet services were cut just after 8 a.m. and several neighborhoods in Libreville were reportedly without power.

About 300 people gathered outside the radio station in support of the coup attempt, according to Reuters, which said pro-government soldiers fired teargas to disperse the crowd. Other parts of the capital were mostly quiet as people stayed at home.

Several hours later, at 10 a.m., the government announced that the coup attempt had failed. A spokesman said four coup soldiers were taken into custody, but security forces were still looking for a fifth, believed to be Obiang.

The government announced just before 10 a.m. that the coup attempt had failed. A spokesman said four coup soldiers had been taken into custody, but security forces were still looking for a fifth, believed to be Obiang.

Moussa Faki, the chairman of the African Union Commission, said the union strongly condemns the attempted coup in Gabon. “I reaffirm the AU’s total rejection of all unconstitutional change of power,” he said.

Bongo has been in power since a disputed vote in 2009 to succeed his father, Omar Bongo, who ruled the oil-rich nation for 42 years. An election in 2016 was also disputed after results showed that Bongo had won by just 6,000 votes, with a claimed turnout of 99.9% in his home province, of which 95% went to Bongo.

Jean Ping, who faced Bongo in the 2016 election, continues to claim the presidency and held a rally for supporters on November 3. He also wished people a happy new year in a statement that referred to him as the “President of the Republic.”

Bongo suffered a stroke while visiting Saudi Arabia in October and he was later transferred to Morocco, where he is still receiving treatment. Bloomberg reported in November that Bongo’s absence was creating a power vacuum in the central African nation.

More on #Gabon Coup: army has reportedly taken control of the streets in #libreville and #Franceville. Internet shut down. pic.twitter.com/LvDESVneQH