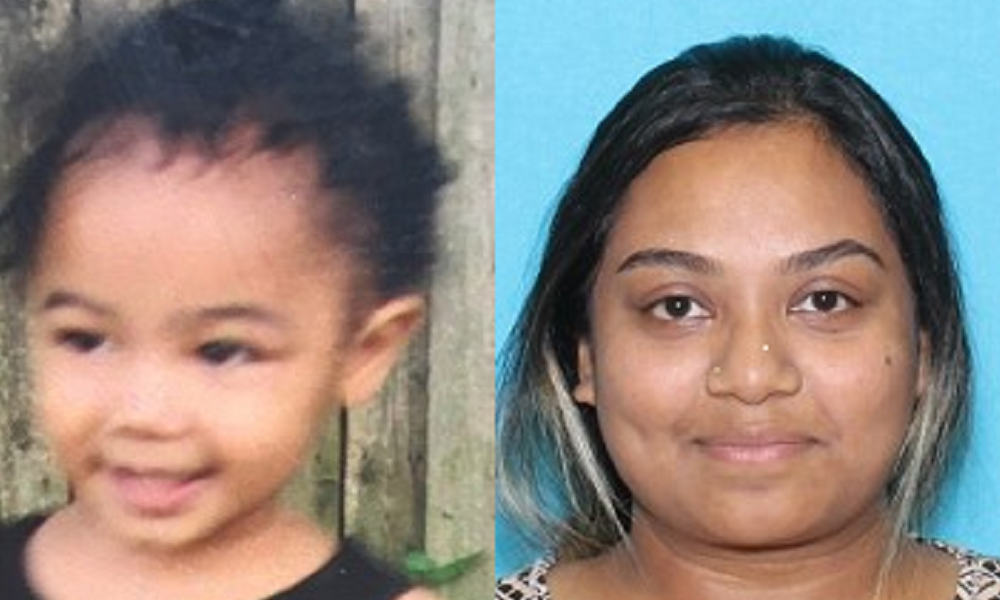 UPDATE: The amber alert has been canceled. Nalani’s body was found at a park in Blairsville in Indiana County on Tuesday. The cause of her death was not immediately known. The suspect remains in custody.

A Pennsylvania Amber Alert has been issued for 2-year-old Nalani Johnson after she was allegedly abducted from Penn Hills Borough in Allegheny County, local officials say. Anyone with information is urged to call 911 immediately.

Nalani was last seen on Saturday at the intersection of Bryant and Clay Drive in Penn Hills Borough, according to the amber alert. Details about the circumstances of the alleged abduction were not immediately released.

The suspect has been identified as 25-year-old Sharena Nancy, who is described as an Indian American female with black hair and brown eyes. Police were initially looking for a vehicle, but it was later found with no sign of either Nalani or Nancy.

Nalani is described as a 2-year-old black female with black hair and brown eyes. She was last seen wearing a black shirt, a skirt with floral design, and black sandals, according to Penn Hills Borough Police. The amber alert initially misspelled her name as Malani.

Anyone who sees Nalani or Nancy is urged to call 911 immediately, or call the Penn Hills Borough Police Department at 412-473-3705 if you have any other information that could help investigators.