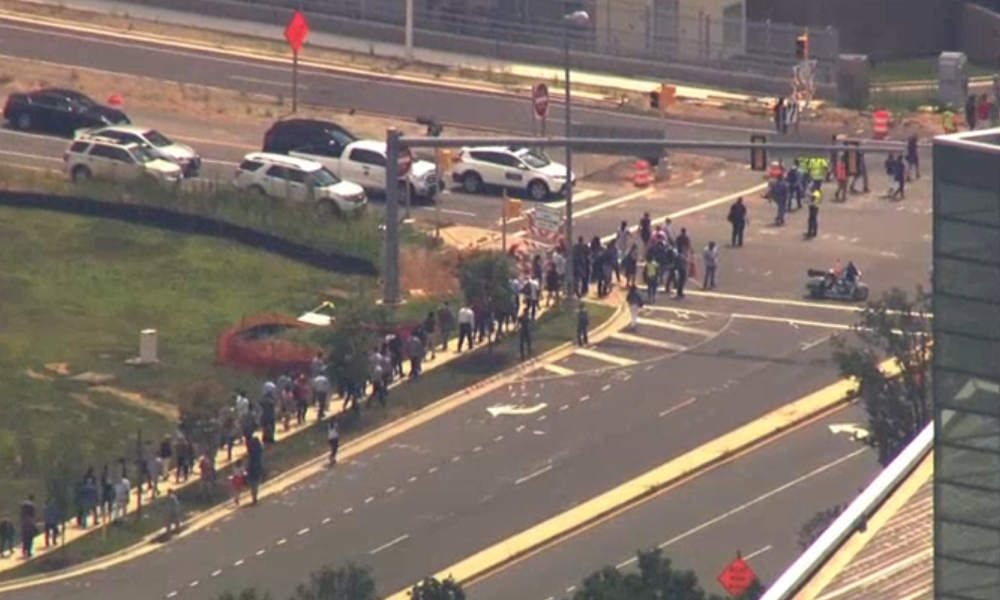 People being evacuated from the building (Credit: NBC Washington)
Advertisment

The USA Today headquarters near Washington, D.C. was put on lockdown Wednesday and later evacuated amid reports of a man with a weapon, but nothing was found, police said. There were no reports of any injuries,

The incident began at about 12 p.m. on Wednesday when officers were called for a man with a weapon at the Gannett Building, which is located at 7950 Jones Branch Drive in Tysons, a community near McLean, northwest of Washington, D.C.

At one point, officers were called for an “active shooter” at the building, but it was later determined to be second-hand information. A large number of emergency services, including ambulances and a SWAT team, responded to the scene.

“We are working to investigate this reported threat. Officers are currently working to clear the building,” Fairfax County Police said on Twitter. “At this time, we have found no evidence of any acts of violence or injuries.”

Meanwhile, a scene from inside one of the stairwells at the @usatoday headquarters. (From @NewsCannon.) pic.twitter.com/4MkhttEqjv

We have evacuated the @USATODAY headquarters in McLean, Virginia, after reports of someone who may have had a weapon in the building. pic.twitter.com/EF8DJQCqsN