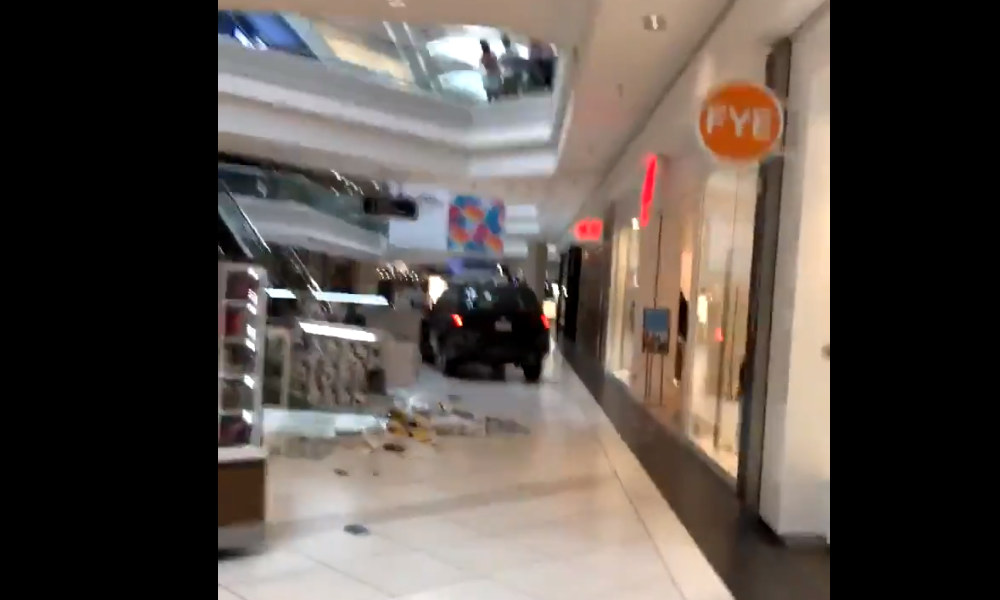 An SUV has intentionally been driven into Woodfield Mall near Chicago, causing damage and injuring several people, local officials and witnesses say. The driver was taken into custody but a possible motive was not immediately known.

The incident happened at about 2:45 p.m. on Friday when witnesses said a black SUV plowed into the Sears entrance at the mall in Schaumburg, 23 miles (37 km) northwest of Chicago. The driver continued driving and caused damage at multiple stores.

Footage from the incident showed panic as the car raced through the mall, but there were no immediate reports of serious injuries. A village spokeswoman said several people were being treated for minor injuries.

When the incident was first reported, there were also reports of an active shooter, but police said there is no indication that shots were fired during Friday’s incident. The driver, an unidentified male, was taken into custody. A possible motive was not immediately known.

“At this time, there is no evidence of an active shooter situation. Police are on scene and the mall is in the process of being evacuated,” the Village of Schaumburg said in a statement. “Please avoid the area if possible. The investigation is ongoing.”

BREAKING: SUV plows into Woodfield Mall near Chicago; no word on casualties pic.twitter.com/S856KnFrtS

Breaking> Woodfield Mall on lockdown. Driver going through mall smashing through things. Unknown if there are injuries. pic.twitter.com/3Zu1kQVikR

Massachusetts woman who encouraged boyfriend to kill himself denied parole