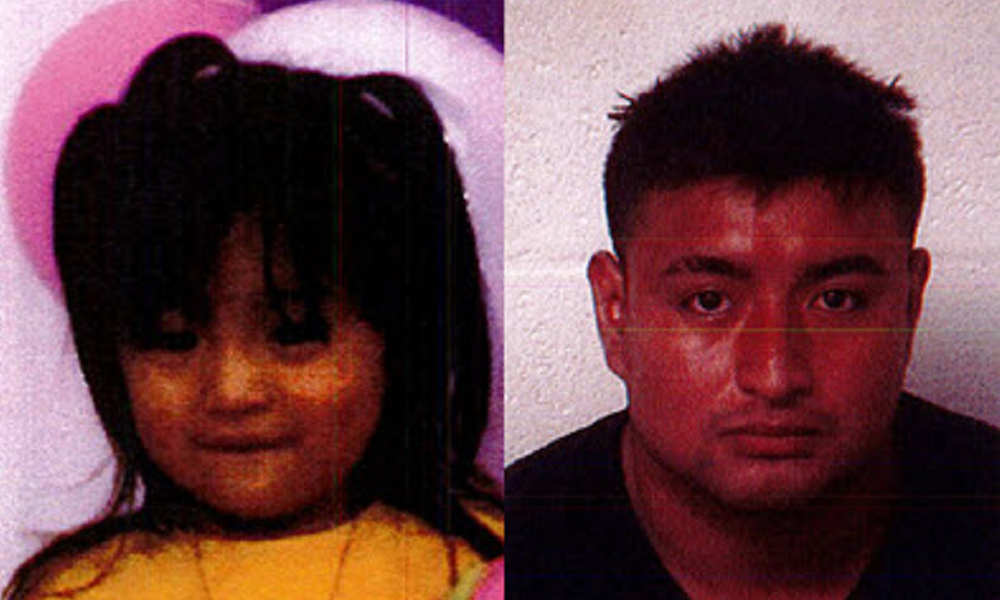 UPDATE: The amber alert has been canceled. Jesmine was found safe.

A Florida Amber Alert has been issued for 2-year-old Jesmine Cedillo after she was allegedly abducted from Homestead in Miami-Dade County, local officials say. Anyone with information is urged to call 911 immediately.

Jesmine was last seen on 9th Street in Homestead, according to the amber alert, which was issued just before 4 p.m. on Thursday. She is believed to have been taken by 23-year-old Diego Cedillo-Hernandez, who may be driving a white 2006 Hyundai Azera with Florida license plate number Z782JS.

The suspect is described as a 23-year-old white/Hispanic male with black hair and brown eyes, standing 4 feet 7 inches tall and weighing 147 pounds. He was last seen wearing a beige/green shirt and jeans. There was no official word on the nature of his relationship to the victim.

Anyone who sees Jesmine, Diego, or the suspect vehicle is urged to call 911 immediately, or call the Homestead Police Department at 305-247-1535 if you have any other information that could help investigators.