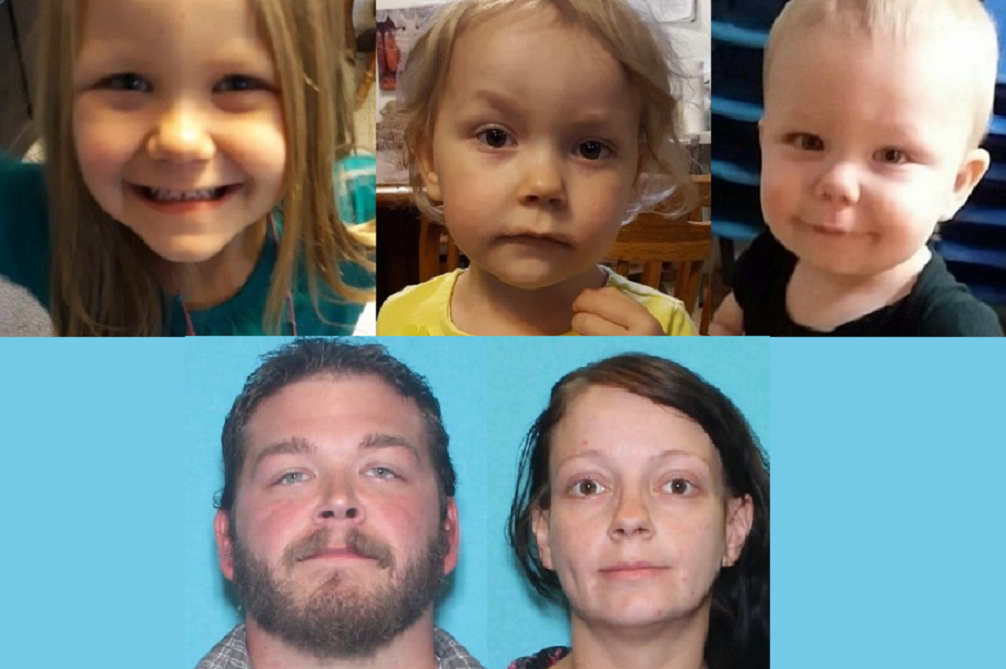 UPDATE: The amber alert has been canceled. The children were found safe.

A Montana Amber Alert has been issued for 3 young children after they were allegedly abducted from Great Falls in Cascade County by their non-custodial parents, local officials say. Anyone with information is urged to call 911 immediately.

The incident happened overnight when the three children – a boy and two girls – were taken from Great Falls, according to the amber alert. Details about the circumstances of their disappearance were not immediately known.

The suspects have been identified as the children’s parents: 28-year-old Tony Demontigny and 30-year-old Ellaura Wright. They do not have custody of the children and have a history of drugs and violence, according to the amber alert.

The children have been identified as 5-year-old Raelynn Demontigny, 3-year-old Lianna Demontigny, and 1-year-old Tony Demontigny. Two of them are described as white females and the other child is a white male.

Anyone who sees the suspects, the suspect vehicles, or the victims is urged to call 911 immediately, or call the Cascade County Sheriff’s Office at 406-836-7380 if you have any other information that could help investigators.