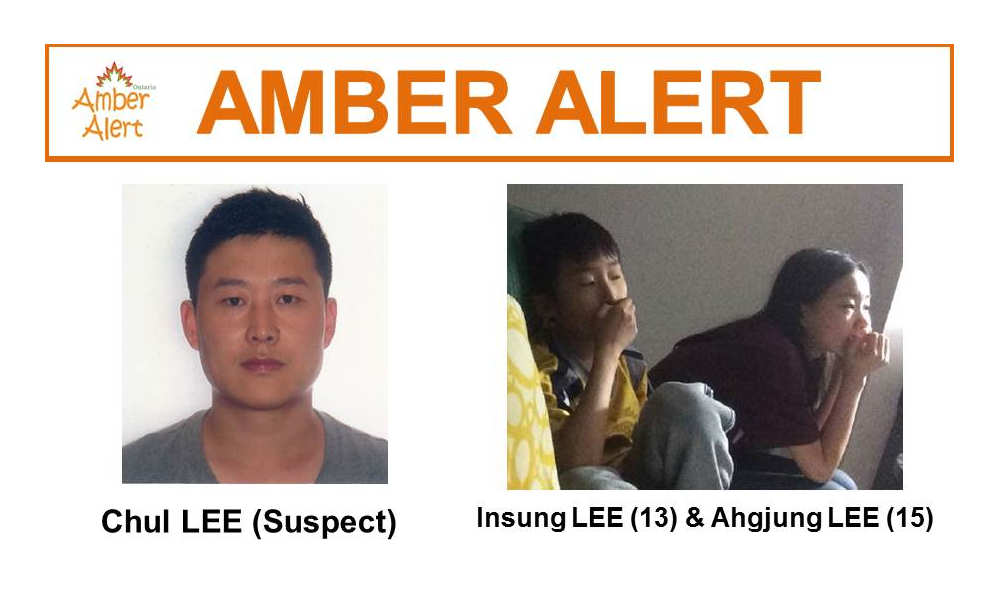 An Ontario Amber Alert has been issued for 13-year-old Insung Lee and 15-year-old Ahgjung Lee after they were last seen in the City of Toronto, local officials say. Anyone with information about their whereabouts is urged to call 911 immediately.

The two teenagers were last seen at 7 a.m. on Wednesday in the City of Toronto, according to the amber alert, which described their disappearance as an abduction. They are believed to be with 43-year-old Chul Lee, and his girlfriend Haena Wang is possibly traveling with them.

Other details about the children’s disappearance were not immediately known. Police believe the children and the suspects are traveling by Uber, Lyft, or by cab in the Toronto area, possibly heading to a border crossing or the airport.

Anyone who sees either Insung, Ahgjung, Chul, or Haena is urged to call 911 immediately. If you have any other information that could help investigators in their search, call Ontario Provincial Police at 1-888-310-1122.