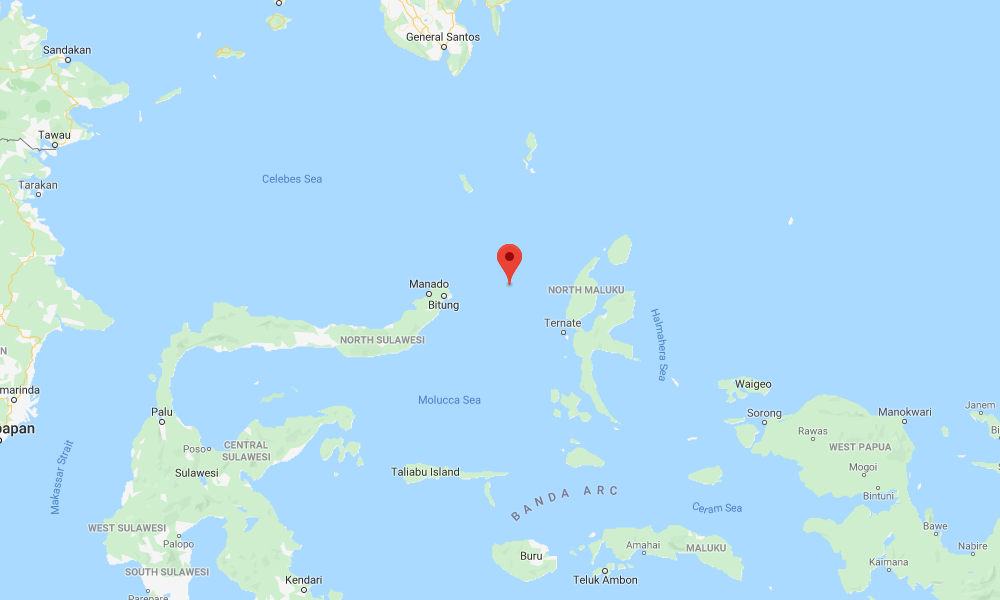 The earthquake, which struck at 12:17 a.m. local time, was centered in the ocean, about 132 kilometers (82 miles) northeast of Bitung on Sulawesi island or 145 kilometers (90 miles) northwest of Ternate in North Maluku.

Indonesia’s seismological agency BMKG immediately issued a tsunami warning for local coastlines, prompting panicked residents to flee to higher ground. Small tsunami waves were observed at several locations but there were no reports of damage or casualties.

Agus Wibowo, a spokesman for Indonesia’s National Disaster Mitigation Agency (BNPB), said two people were injured in Friday’s earthquake. There were no reports of major damage, but at least 6 homes and 2 churches were damaged in Ternate City. Power outages were also reported.

Friday’s earthquake was followed by dozens of aftershocks, one of which measured 6.0, according to the U.S. Geological Survey. “BNPB appeals to always be on standby in relation to aftershocks,” Wibowo said, adding that some people had chosen to stay on higher ground because of the aftershocks.

More recently, on September 26, a strong 6.5-magnitude earthquake struck the western part of Seram Island in eastern Indonesia, killing at least 41 people and injuring more than 1,500 others.

North Korea says ‘not interested’ in talks with Trump