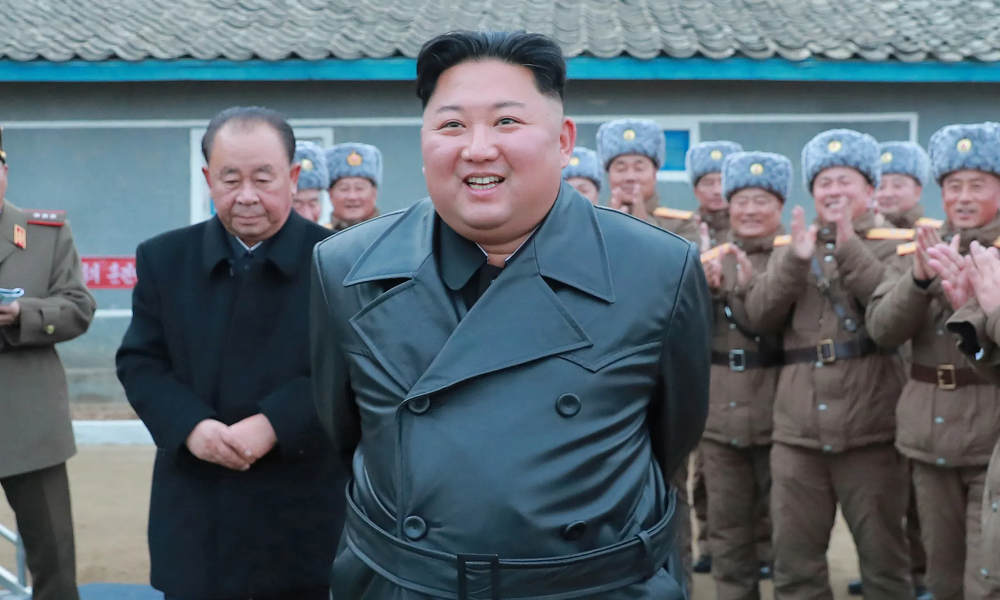 North Korea has warned the United States of a year-end deadline to change its “hostile policy” towards North Korea, saying that the U.S. will be choosing what “Christmas gift” it will be getting. The threat follows a series of missile tests and rising tensions on the Korean Peninsula.

Ri Thae Song, the North Korean official in charge of relations with the United States, said in a statement that the U.S. has not taken any action while trying to use diplomatic talks for political gain ahead of next year’s election. “No one will lend an ear to the U.S. any longer,” he said.

“The DPRK has done everything transparently and openly so far. It feels no need to hide what it will do from now on and therefore, reminds the U.S. once again that the year-end time limit comes nearer,” Ri said. “The DPRK has done its utmost with maximum perseverance not to backtrack from the important steps it has taken on its own initiative.”

Ri added: “What is left to be done now is the U.S. option and it is entirely up to the U.S. what Christmas gift it will select to get.”

The comments came just days after North Korea warned Japanese Prime Minister Shinzō Abe that he might be seeing a ballistic missile “under his nose” in the near future. And on Monday, a Japanese newspaper cited sources as saying that North Korea could test an intermediate or long-range missile in the coming weeks.

North Korea has carried out 13 rounds of missile or rocket launches since early May, including the test of a submarine-launched ballistic missile on October 2. It was the most provocative missile test in nearly two years and came just days before long-stalled nuclear talks with the U.S. were set to resume in Stockholm. Those talks ended in failure and North Korea said it was no longer willing to talk with the U.S. until it ends its “hostile policy.”

Last month, North Korea condemned a planned military exercise between South Korea and the United States as “a dangerous act” and “extremely provocative,” warning that dialogue with the U.S. is on the “verge of extinction.” U.S. Defense Secretary Mark Esper announced on November 17 that the military drills had been postponed.

North Korea has repeatedly warned the U.S. of the year-end deadline to change its approach to the world’s most reclusive country. In October, leader Kim Jong Un rode a white horse to a sacred mountain in what state-run media called “a great event of weighty importance,” prompting speculation that a major event or decision is forthcoming.