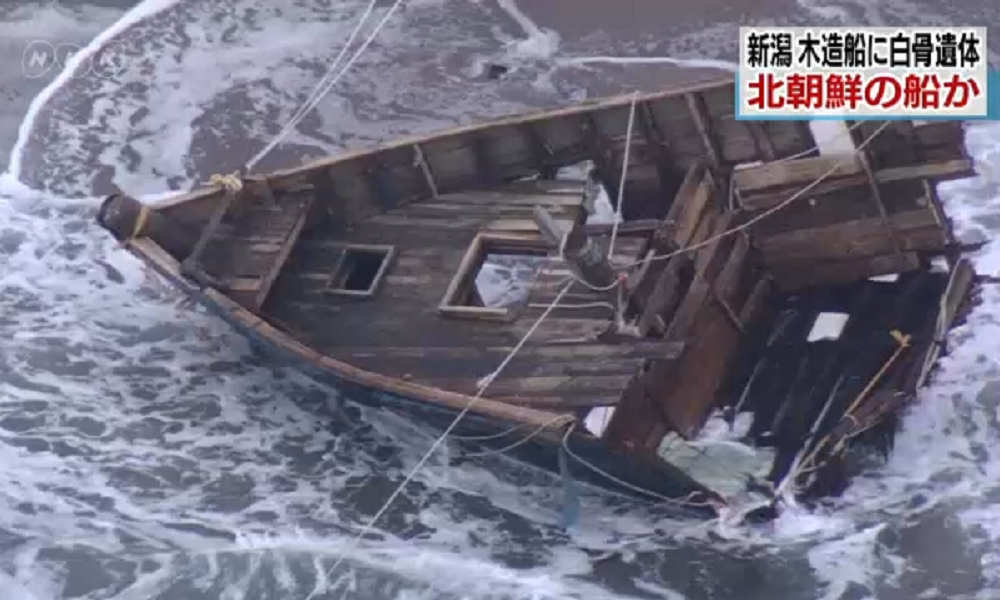 A section of a wooden boat from North Korea washed ashore on the Japanese island of Sado on early Saturday morning, according to local officials. The decomposing remains of at least seven people were found on board.

Officers boarded the vessel, which was heavily damaged, at 9:30 a.m. on Saturday after it was first spotted on Friday afternoon. When they entered the stem of the boat’s bow, they found 5 bodies and 2 human heads, according to the Japanese Coast Guard.

Japanese broadcaster NHK said the human remains were “partially skeletonized,” which suggests the victims had been dead for a while. It’s believed that the stem, which has Korean characters and numbers painted in red on its side, was part of a larger ship.

There was no immediate word on how or when the victims may have died, but wooden boats from North Korea are regularly found on Japanese shores due to northwesterly winds. At least 95 boats, including 12 bodies, washed up along Japanese shores in 2018. They are often referred to as ‘ghost boats.’

Last month, two North Korean fishermen who crossed the sea border and were detained by South Korea confessed to killing 16 fellow crew members. They said they and a third crew member killed the captain over alleged physical abuse, after which they killed the other 15. Both were deported back to their home country and the third was captured in North Korea.