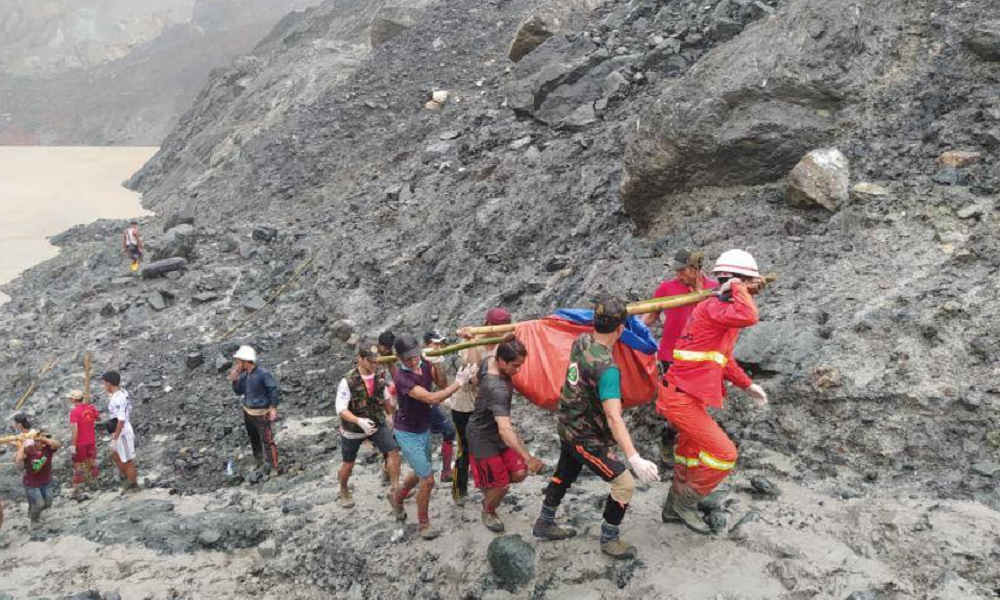 Rescue operations after a landslide at a jade mine in northern Myanmar (Credit: Myanmar Fire Service)
Advertisment

The death toll in a landslide at a jade mine in northern Myanmar has risen above 160, with more feared dead, authorities said on Friday, as search efforts continued for a second day.

A heap of mining waste collapsed into a lake on Thursday and buried many workers under mud and water. By late evening on Thursday, rescue workers had recovered 162 bodies, the fire service department said.

But Thar Lin Maung, a local official from the information ministry, said on Friday the number dead was 161, with 43 hospitalized. The search was ongoing, he said.

Half of the victims are yet to be identified, he said, adding that many were migrants who were living in a small tent beside the mine.

A ceremony to give financial aid for the families of the victims would be held on Friday, he said. About US$80,000 had been donated by the regional government, industry body Myanmar Gems and Jewelry Entrepreneurs Association, and one mining company.

The miners were collecting stones in the jade-rich Hpakant area of Kachin state – the centre of Myanmar’s secretive jade industry – when the “muddy wave” crashed onto them after heavy rain, the fire service department said in a Facebook post.

Deadly landslides and other accidents are common in the poorly regulated mines of Hpakant, which draw impoverished workers from across Myanmar in search of gems mostly for export to China. But Thursday’s accident was the worst in over five years.

About 100 people were killed in a 2015 collapse which strengthened calls to regulate the industry. Another 50 died in 2019. (Editing by Tom Hogue and Raju Gopalakrishna)