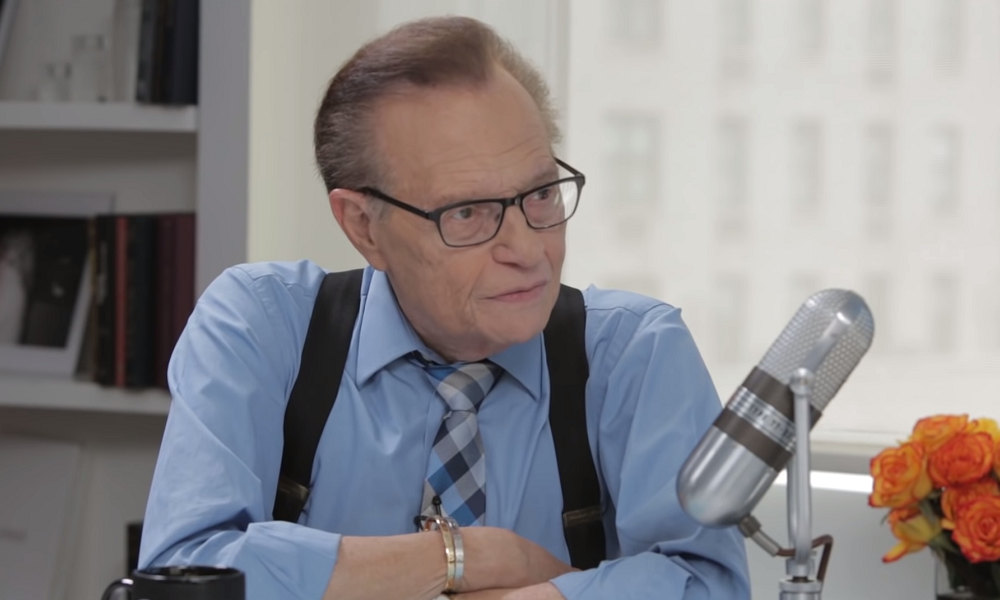 Legendary talk show host Larry King, who interviewed presidents, celebrities, athletes, and businesspeople during a career which spanned more than six decades, has died after a weeks-long battle with COVID-19. He was 87.

His employer, Ora Media, said King died on early Saturday morning while being treated at Cedars-Sinai Medical Center in Los Angeles. The cause of his death was not immediately disclosed, but King had been hospitalized for COVID-19.

“Waking up to the news of the passing of Larry King felt like a punch to the gut,” CNN founder Ted Turner said. “Larry was one of my closest and dearest friends and, in my opinion, the world’s greatest broadcast journalist of all time. If anyone asked me what are my greatest career achievements in life, one is the creation of CNN, and the other is hiring Larry King.”

Born as Lawrence Zeiger in New York City in 1933, King launched his broadcasting career as a disc jockey at a Miami radio station in 1957. He started calling himself Larry King because the station manager said Zeiger was too difficult, and he legally changed his name a few years later.

King became increasingly popular in the late 1970s with a nightly talk show on Mutual Radio Network, which was broadcast on hundreds of radio stations across the United States. But his real break came in 1985, when he started “Larry King Live” on CNN.

“Larry King Live” dominated CNN’s lineup for 25 years, making it the network’s most-watched and longest-running program with more than one million viewers nightly. But the show also aired on CNN International, making King one of the best-known journalists in the world.

In November 1993, more than 16.8 million people tuned in to watch Larry King’s NAFTA debate between Al Gore and Ross Perot. The episode ranked as the most-watched cable program of all time in the U.S., and kept that position for nearly 14 years.

Over time, ratings for the nightly show began to fall and King announced his decision to step down in 2010. More than 2.2 million people tuned in on December 16, 2010, to watch his final show, which featured Bill Clinton, Donald Trump, Barbara Walters, Regis Philbin, and Tony Bennett.

In honor of King, the date of his final broadcast on CNN was proclaimed “Larry King Day” in California by Governor Arnold Schwarzenegger. “His legacy lives on and serves as inspiration for future generations of journalists and reporters,” Schwarzenegger said at the time.

After leaving CNN, King joined Ora Media to host “Larry King Now” and “PoliticKING with Larry King,” both of which were available on Ora TV, Hulu, and RT America.

King is survived by three of his five children and his estranged wife Shawn Southwick, whom he married in 1997. Their divorce – which King filed for in August 2019 – had not yet been finalized. King walked down the aisle a total of eight times, but two of the marriages were with the same woman, and another – to his high school sweetheart – was later annulled.