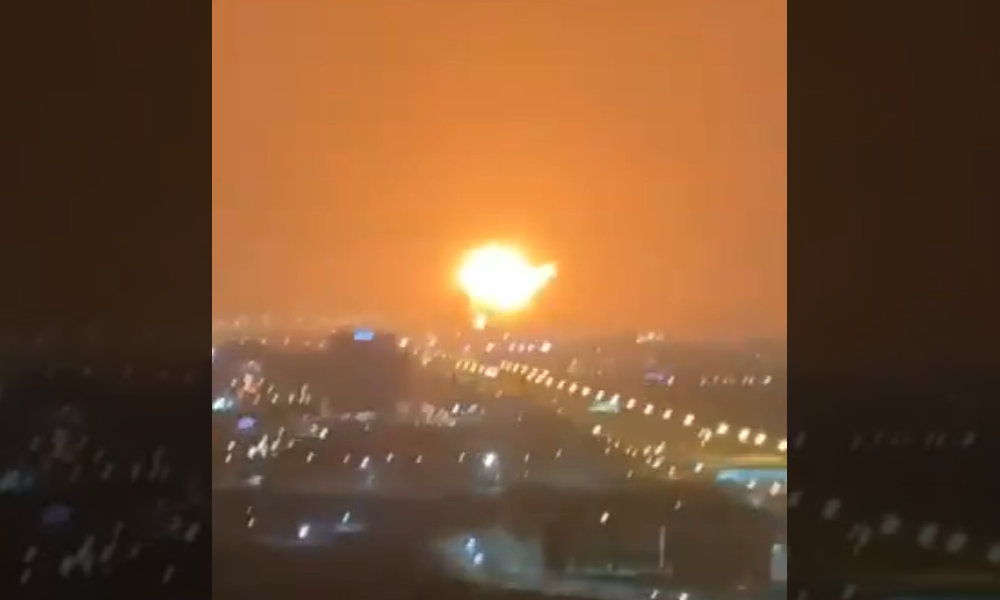 The explosion was visible across the city
Advertisment

A large explosion has occurred aboard a container ship anchored at the Port of Jebel Ali on the outskirts of Dubai, causing buildings to shake in parts of the city, residents and officials say. No injuries were reported.

The blast happened at about 11:55 p.m. on Wednesday and could be seen, felt and heard across the city in the United Arab Emirates. Footage from the scene showed fires burning at and near the container ship.

“A fire has been reported to have broken out in a container within a ship anchored in Jebel Ali Port,” the city’s government said in a statement. “The fire is under control and there are no deaths or injuries.”

The name of the vessel was not immediately confirmed by officials but is believed to be the Comoros-flagged container ship “Ocean Trader,” which has been sailing up and down the coast of the UAE since April. A UN database identified the vessel’s owner as the Sash Shipping corporation.

The cause of Thursday’s explosion was not immediately known.

“The ship was carrying 130 containers,” Lt. General Abdullah Al Marri, the commander-in-chief of Dubai Police, told Gulf News. “Three containers contained flammable materials. There are no explosives inside it or radioactive materials.”

The Port of Jebel Ali is the biggest and busiest port in the Middle East, and one of the busiest in the world.

According to #Dubai Civil Defence, no fatalities have been reported so far. pic.twitter.com/faJ6QFjgFI

BREAKING: Large explosion at the Port of Jebel Ali in Dubai, cause unknown pic.twitter.com/8ErwMUxgPS