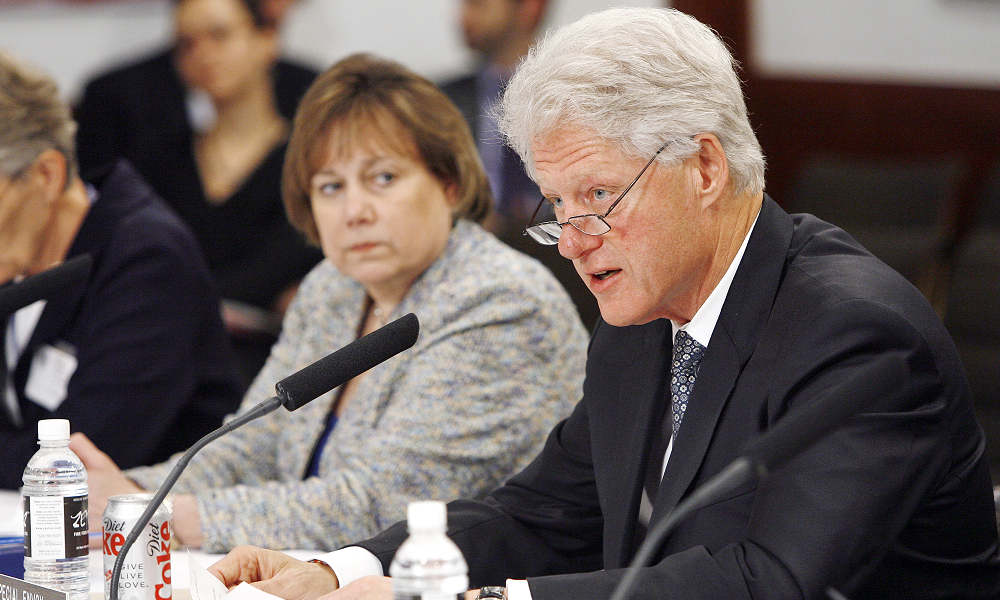 Former U.S. President Bill Clinton has been hospitalized in Southern California for a urinary tract infection that spread to his bloodstream, his doctors revealed on Thursday night. The former president, who is 75 years old, is in the intensive care unit but said to be “on the mend.”

Dr. Alpesh Amin and Dr. Lisa Bardack said in a statement that Clinton was taken to UC Irvine Medical Center on Tuesday night and diagnosed with an unspecified infection. It was not immediately known why it took two days for the news to be made public.

“He was admitted to the hospital for close monitoring and administered IV antibiotics and fluids,” the doctors said in a statement. “After two days of treatment, his white blood cell count is trending down and he is responding to antibiotics well.”

Clinton spokesman Angel Ureña said the former president is “on the mend, in good spirits” and “incredibly thankful” to the doctors, nurses, and other staff members for providing him with “excellent care.”

Ureña and the two doctors provided no specific information about the type of infection, but CNN’s Sanjay Gupta said he was told by Clinton’s medical team that the former president is believed to have a blood infection, which is known as sepsis and can be life-threatening.

Doctors said the former president is in the ICU but responding well to antibiotics. “He’s actually been increasingly mobile, able to get up and around. They said he was even joking around with the hospital staff,” Gupta said, citing information from his medical team.

Clinton served two terms as President of the United States from 1993 until 2001. He’s also the husband of Hillary Clinton, who won the Democratic Party’s presidential nomination in 2016 and served as U.S. Secretary of State from 2009 to 2013.