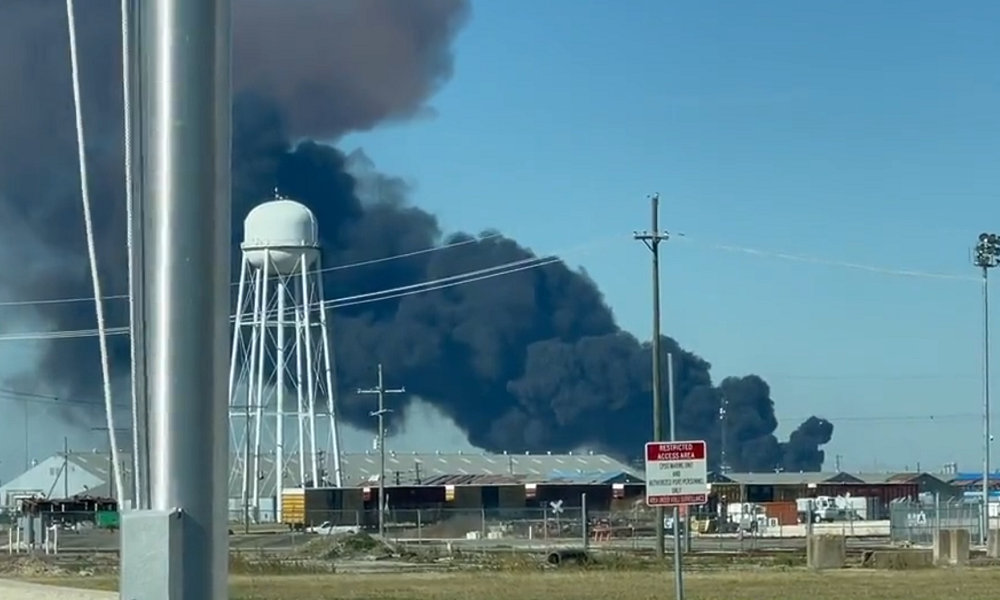 A large explosion and fire have been reported at Westlake Chemical South near Lake Charles in Louisiana, injuring at least 6 people, local officials and witnesses say. There is no threat to the surrounding community.

The incident happened at about 10:45 a.m. on Wednesday when an empty tank for Ethylene Dichloride exploded at Westlake Chemical South, which is a chemical manufacturer on PPG Drive in Westlake, about 4 miles west of Lake Charles.

Large plumes of black smoke were seen billowing from the site, prompting a precautionary lockdown at all Sulphur and Westlake schools. “All students, faculty, and staff are safe,” the Calcasieu Parish School Board said in a statement.

A spokesman for the company said there are no vapors in the air and there’s no need to shelter in place. At least 6 people were injured, of whom five were taken to area hospitals, the spokesman said, according to KPLC-TV.

Other details about Wednesday’s explosion were not immediately known.