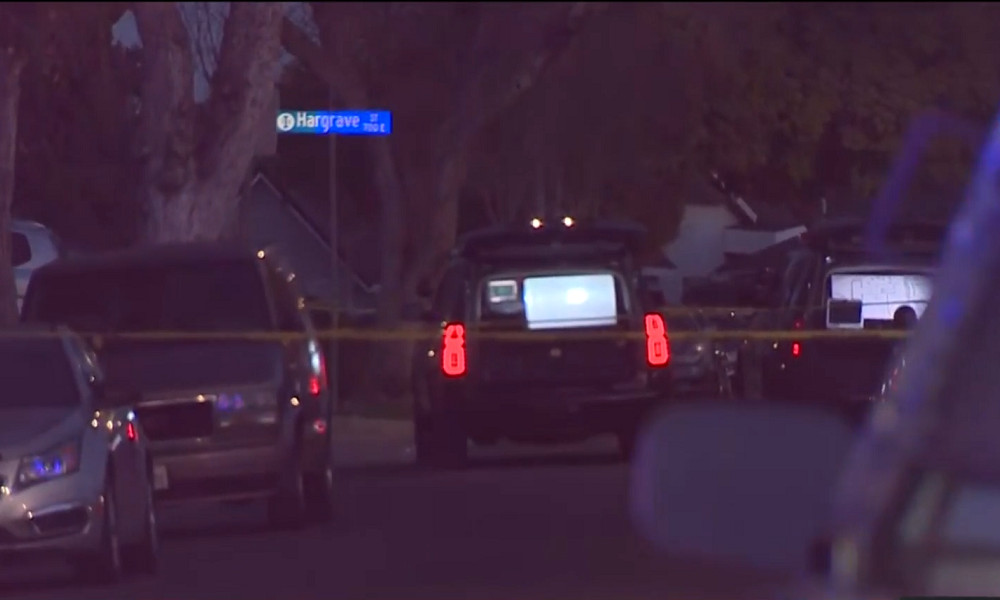 Near the scene of the shooting (Credit: CBS LA)
Advertisment

A shooting at a house party in Inglewood in Southern California has left four people dead and one injured, local officials say, calling it the city’s worst mass shooting since the 1990s.

The incident happened at 1:30 a.m. on Sunday when officers were called for an active shooter at a short-term rental home on Park Avenue in Inglewood, southwest of Los Angeles.

Police confirmed that three victims were pronounced dead at the scene while two others were rushed to a nearby hospital, where one of them died. The sole survivor was said to be in critical condition but is expected to survive.

“This is the largest number of shooting victims that have been injured in the city since the 1990s,” Mayor James Butts said. He said the shooting involved multiple suspects and multiple weapons, including an assault riffle and at least one handgun.

A motive for the shooting – which happened while a party was taking place at the home – was not immediately known, but the surviving victim admitted to being a gang member in a different city.

It’s unknown if the other victims – 2 men and 2 women – had links to gangs.

“These are sociopathic killers that have to be sequestered from society,” Mayor Butts said at a press conference, telling the shooters: “Turn yourselves in. We will find you and we will prosecute you.”