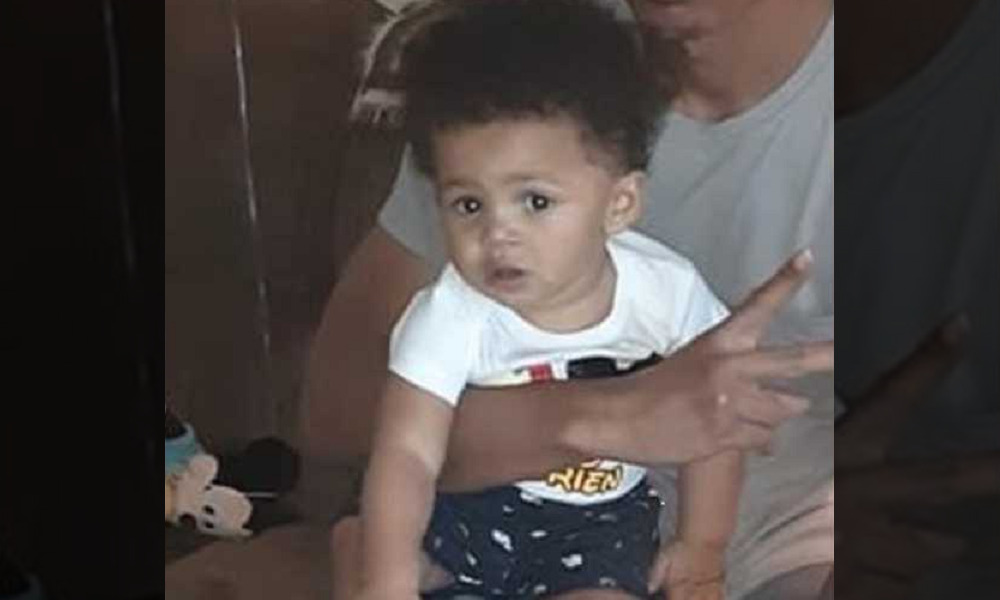 Adrian Murray. Other photos have not been released
Advertisment

A Kentucky Amber Alert has been issued for four young boys who are missing after a man killed his girlfriend in Bardstown in Nelson County, local officials say. Anyone with information is urged to call 911 immediately.

The incident happened at around 5 p.m. on Friday when 32-year-old Richard Samual Gray is alleged to have killed his girlfriend at her home on Robin Drive in Bardstown. He then fled the scene, taking the four children with him.

The four children were identified as 1-year-old Adrian Murray, 6-year-old Jordon, 9-year-old Jayce, and 10-year-old BJ. The exact nature of their relationships to the man and woman were not immediately confirmed.

Gray is believed to have taken the children in a red 2014 Jeep Patriot with Kentucky license plate 390-TBA. He may be driving to either Louisville, Kentucky, or St. Louis, Missouri.

A photo of Gray has not been released, but police described him as a 32-year-old black male, standing 6 feet 2 inches tall and weighing 170 pounds. He is known to have a tattoo on the side of his neck.

Adrian is described as a 1-year-old black male with black hair and brown eyes, standing 2 feet 2 inches tall and weighing 20 pounds. No description has been released of the other three children.

Anyone who sees Gray, one of the children, or the suspect vehicle is urged to call 911 immediately, or call Kentucky State Police if you have any other information that could help investigators.