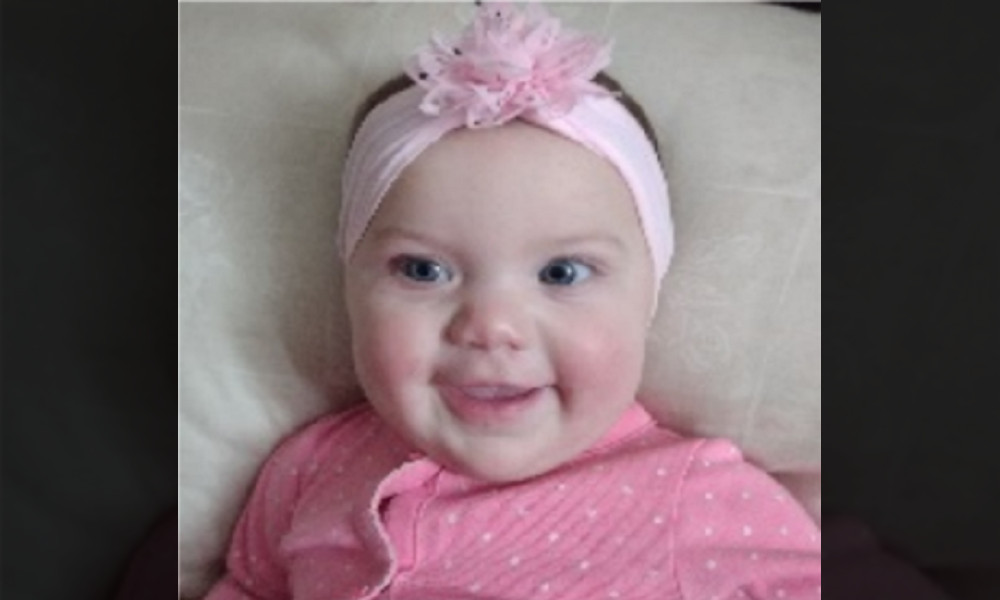 A Texas Amber Alert has been issued for 7-month-old Kayebella Robinson after the vehicle she was in was stolen in San Antonio, local officials say. Anyone with information is urged to call 911 immediately.

The incident happened at 7:53 p.m. on Saturday when a car was stolen outside 1025 SE Military Drive in San Antonio, according to the amber alert. Kayebella was inside, sitting in a rear-facing child seat in the back of the car.

The suspect’s identity is unknown but he’s described as a Hispanic male with brown eyes, short hair and a medium build. He was last seen wearing a white hoodie, white sweatpants, and black shoes.

The stolen vehicle is a gold color 2005 Chevrolet Malibu Maxx with paper Texas plates 43458D8. The vehicle has a black stripe that says “Chevy” on the lower portion of the doors and one headlight may be brighter than the other.

It’s unknown if the suspect realized that Kayebella was inside the car when he took it.

Anyone who sees Kayebella or the suspect vehicle is urged to call 911 immediately, or call the San Antonio Police Department at 210-207-7660 if you have any other information that could help investigators.