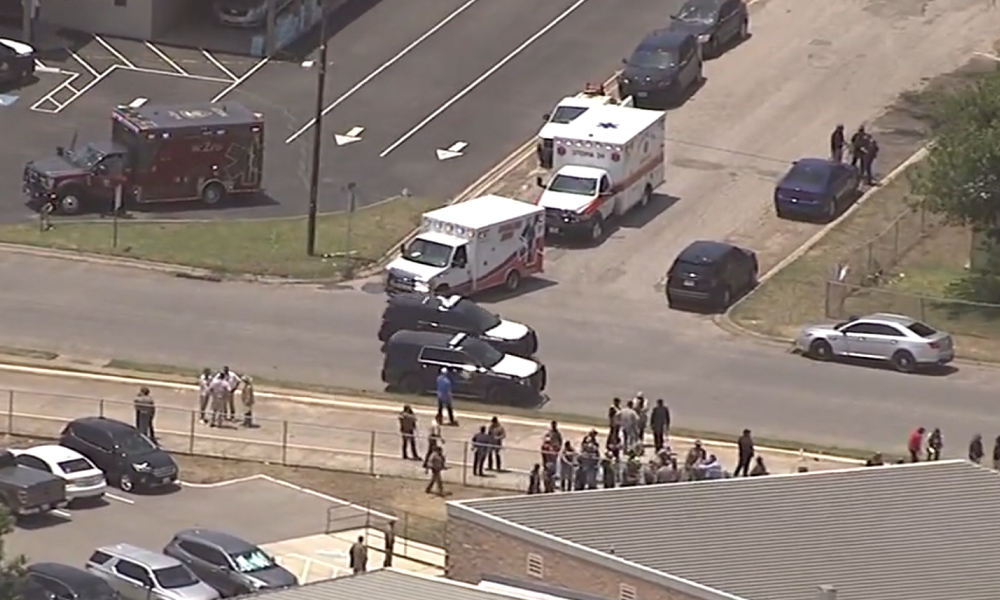 A man has opened fire at Robb Elementary School in Uvalde, Texas, killing at least 21 people and injuring up to a dozen others, local officials say. The suspect, who also shot his grandmother, was shot dead by police.

The incident began on Tuesday morning when the suspect shot his grandmother, fled the scene, crashed his car, and ran into Robb Elementary School in Uvalde, a small community about 77 miles west of San Antonio.

“The suspect was able to make entry into the school and started shooting children, teachers, anybody that was in his way,” a spokesman for the Texas Department of Public Safety said. “He started shooting every single person.”

The suspect, who was armed with a rifle and wearing body armor, was later shot and killed by a tactical law enforcement team.

At least 22 people were killed in the shootings, including 19 children, 2 teachers, and the suspect himself. Most of the victims are believed to be between the ages of 7 and 10. There were conflicting reports on whether the grandmother was also killed.

At least 11 injured children were taken to Uvalde Memorial Hospital, though it’s unclear if any of them are included in the latest death toll. The hospital has not responded to requests for an update.

The suspect was identified as Salvador Ramos, an 18-year-old local resident who was born in North Dakota. There was no immediate word on a possible motive for Tuesday’s shooting, which is one of the deadliest ever to happen at an elementary school.

“President Biden has been briefed on the horrific news of the elementary school shooting in Texas and will continue to be briefed regularly as information becomes available,” White House Press Secretary Karine Jean-Pierre said. “His prayers are with the families impacted by this awful event, and he will speak this evening when he arrives back at the White House.”

More units from Bexar County are Uvalde Bound. At least 20+ Law Enforcement and Fire and EMS have passed my work. 🚨🚨🙏🏻🙏🏻🙏🏻🚨🚨#ActiveShooter pic.twitter.com/oDrXWiysA3